Leo Gorcey net worth: Leo Gorcey was an American actor who had a net worth equal to $500 thousand at the time of his death in 1969 (after adjusting for inflation) . Leo Gorcey was born in New York City, New York in June 1912 and passed away in June 1969. He became known for playing the leader of a young group of hooligans which would be known as the Dead End Kids, The East Side Kids, and The Bowery Boys. He had more than 90 acting credits to his name including starring in the films Dead End, Portia on Trial, Mannequin, The Beloved Brat, Crime School, Angels with Dirty Faces, They Made Me a Criminal, Hell's Kitchen, Private Detective, Invisible Stripes, That Gang of Mine, Pride of the Bowery, Flying Wild, Out of the Fog, Bowery Blitzkrieg, Mr. Wise Guy, Lets Get Tough, Smart Alecks, Kid Dynamite, Million Dollar Kid, Follow the Leader, Live Wires, In Fast Company, So This Is New York, Master Minds, Paris Playboys, High Society, and more. Nearly half of his roles came starring as the characters Muggs McGinnis or Slip Mahoney. Leo Gorcey passed away on June 2, 1969 at 51 years old from liver failure. 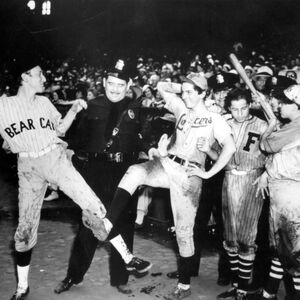