Lena Olin Net Worth: Lena Olin is a Swedish actress who has a net worth of $5 million. Lena Olin was born in Stockholm, Sweden, in 1955, where she studied at the National Academy of Dramatic Art. In 1974, Olin won the Miss Scandinavia competition. She worked as a nurse and a teacher before her acting career took off.

Olin began performing in plays with the Royal Dramatic Theatre until she made her on-screen debut in 1976's "Face to Face". Her international debut came in 1984's "After the Rehearsal". Since then, she has gone on to appear in movies such as "The Unbearable Lightness of Being", "Enemies, A Love Story", "Chocolat", "Queen of the Damned", "Casanova", "The Reader", and "Devil You Know". Olin was nominated for a Golden Globe Award for "The Unbearable Lightness of Being" in 1988 and an Academy Award for Best Supporting Actress for "Enemies, A Love Story" in 1989. In 2002, Olin starred on TV series "Alias" with Jennifer Garner, earning an Emmy nod for Outstanding Supporting Actress. In 2014, she began starring on the new TV series "Welcome to Sweden" as Viveka Wiik. Olin had a son with her long-time partner, Orjan Ramberg. She later married director Lasse Hallstrom in 1992. They have one daughter together and live in New York. 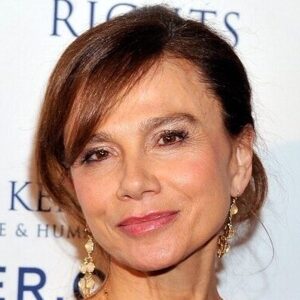