How much is Lena Headey Worth?

Lena Headey Net Worth: Lena Headey is a Bermudan-English actress who has a net worth of $12 million. She is most recognized for her portrayal of Cersei Lannister in the critically acclaimed HBO series "Game of Thrones." She is also known for her work in the films "The Brothers Grimm," "300," "Mrs. Dalloway," "The Mortal Instruments: City of Bones," and "The Purge."

Early Life and Career: Lena Kathren Headey was born on October 3rd, 1973 in Hamilton, Bermuda. Her parents are of Anglican and Irish heritage. Her father worked as a Yorkshire police officer and was stationed on the island working in the Bermuda Police Service, which is a British law enforcement agency. She has a younger brother.  When she was five years old, her parents returned to England and lived in Somerset for several years. They moved to Highburton, West Yorkshire when she was eleven. As an adolescent, she took ballet lessons, and she performed in plays at school throughout her teenage years. At age seventeen, she was discovered by a casting agent while performing in a school play at London's Royal National Theatre. She was asked to audition for a role in the 1992 film "Waterland" and got the part. She starred alongside Jeremy Irons and Ethan Hawke in the mystery drama. In 1993, she had guest star roles on television shows including "Splendor," "How We Used to Live," and "Soldier Soldier;" and she had a minor role in the critically acclaimed drama "The Remains of the Day." The next year she appeared in the feature film "The Jungle Book," and the television movies "Fair Game" and "MacGyver: Trail to Doomsday." She was featured in eight episodes of the British television drama series "Band of Gold" in 1996, and the next year she appeared in the crime drama film "Face," the romantic drama "Mrs. Dalloway," and on the television shows "Gold," "The Hunger," and "Kavanagh QC." In 1999, she was in the romantic drama "Onegin," which also starred Ralph Fiennes and Liv Tyler. The film marked the directorial debut of Martha Fiennes. The film was a box office and critical bust.

Mainstream Success: Headey began the 2000s with roles in the romantic comedy "Aberdeen," the mystery drama "Gossip," and the romantic comedy "Ropewalk." In 2002, she was cast alongside Gweneth Paltrow and Aaron Eckhart in the romantic mystery film "Possession," and she appeared with John Malkovich in the crime mystery "Ripley's Game." The next year saw her in the comedy film "The Actors," which starred Michael Kaine. She focused primarily on acting in film during the early 2000s, and she steadily got larger, more prominent roles. In 2005, she gained prominence for her role in the Terry Gilliam adventure fantasy film "The Brothers Grimm," which also featured Matt Damon and Heath Ledger. That same year, she appeared with Piper Perabo in the adventure thriller film "The Cave," which followed a group of spelunkers who become trapped in an underwater cave network, and she starred in the romantic comedy "Imagine You & Me." She landed her biggest role in 2006 with the Zach Snyder's epic adventure war film "300." She played the wife of Gerald Butler's character, Queen Gorgo, and the film was an incredible box office success, grossing over $456 million against a budget of $65 million. She followed this with roles in smaller films including the family comedy "St. Trintians" in 2007, and the action-adventure film "The Red Baron" and the psychological thriller "Broken" in 2008. She returned to television in 2009 playing the role of the title character in the Fox television spin-off series "Terminator: The Sarah Connor Chronicles." Although the show only ran for two seasons, her performance was praised by critics, and she was nominated for two Saturn Awards. 2009 also saw her in the horror film "Laid to Rest," which received a direct to video release.

Game of Thrones: In 2011, Headey was cast as Cersei Lannister in the HBO series "Game of Thrones" based on the George R. R. Martin books. She was asked to audition after her friend Peter Dinklage suggested her to casting directors. Her portrayal of the powerful and ruthless queen earned her praise among both critics and fans, and she received five Primetime Emmy Award nominations and a Golden Globe nomination for her work in the series. The show ran for eight seasons from 2011 to 2019 and won numerous awards.

While working on "Game of Thrones," she continued to pick up roles in film. She had a minor role in the 2012 action sci-fi film "Dredd," a leading role in the 2013 horror movie "The Purge," and she reprised her role as Queen Gorgo for the 2014 sequel film "300: Rise of an Empire." In 2014, she began a recurring guest role as Aunt Grandma on the animated show "Uncle Grandpa." The next year she began voicing the character of Jeopardy Mouse in the animated series "Danger Mouse," and much of her work for the remainder of the 2010s was voice acting. She had a voice acting role in the short-lived series "Trollhunters: Tales of Arcadia" in 2017 and in the 2019 Primetime Emmy Award winning fantasy series "The Dark Crystal: Age of Resistance."

Game of Thrones Salary: For the final two seasons of Game of Thrones, 14 episodes that aired between July 2017 and May 2019, Lena Headey's salary episode was $1.1 million. That works out to $14.3 million for those two seasons. That per episode salary is currently the sixth highest amount any actor has ever earned on TV show (tied with several of her GOT co-stars). For the 20 episodes she shot for seasons 5 and 6, she earned $500,000 per episode, $10 million total. Lena's total earnings from the entire run of Game of Thrones likely top $30 million before taxes.

Personal Life: Headey is a vegetarian. She married musician Peter Loughran in 2007, and they had one child together. The two divorced in 2013. She began dating director Dan Cadan and had a child with him in 2015, but they separated in 2019.

In April 2013, Lena Headey made headlines when she announced that she was nearly bankrupt after a lengthy and bitter divorce battle. Despite being on one of TV's most popular shows and earning $150,000 per episode at the time, Lena reportedly only had $5 in her bank account at the time. 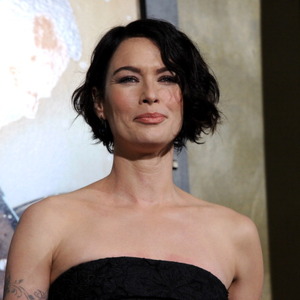