Len Cariou net worth: Len Cariou is a Canadian actor who has a net worth of $4 million. Cariou is known for portraying the title character in the original production of "Sweeney Todd: The Demon Barber of Fleet Street", for which he won a Tony Award for Best Actor in a Musical. He is also known for playing Henry Reagan on the TV show "Blue Bloods". He began appearing on "Blue Bloods" at the show's inception in 2010 and has been a Main Cast actor.

Len Cariou was born in St. Boniface, Manitoba, Canada in September 1939. Outside of Blue Bloods and Sweeney Todd has also had recurring roles on the TV series Murder, She Wrote, Brotherhood, Power, Privilege & Justice, and Damages. He has also starred in several other films including Flags of Our Fathers, Secret Window, About Schmidt, and more. He served as the narrator on Major League Baseball's World Series films in the 90s and has recorded several audio books. Len Cariou won a Canadian Film Award in 1977 for One Man and was nominated for a Primetime Emmy Award in 2009 for Into the Storm. 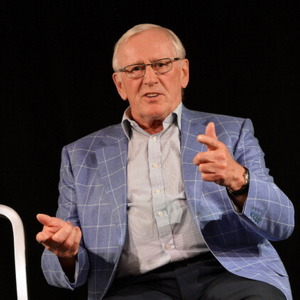