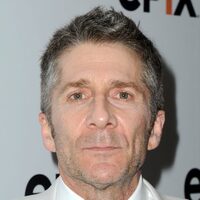 Leland Orser net worth: Leland Orser is an American actor who has a net worth of $12 million. That is a combined net worth with his wife of more than 20 years, actress Jeanne Tripplehorn.

Leland Orser was born in San Francisco, California in August 1960. He is perhaps best-known for starring as Dr. Lucien Dubenko in the television series ER from 2004 to 2009. He appeared in 61 episodes of the medical drama. From 2015 to 2016 he starred as Father Romero in the TV series Ray Donovan. From 2016 to 2019 Orser starred as Robert Kirsch in the series Berlin Station. He appeared in 27 episodes.

Leland was married to actress Roma Downey from 1987 to 1989. He married actress Jeanne Tripplehorn in 2000. They have one child together.