Leisha Hailey Net Worth: Leisha Hailey is an American actress and musician who has a net worth of $1 million. Leisha Hailey was born July 11, 1971 in Okinawa, Japan. She is best known for her role as Alice Pieszecki in the Showtime Networks production The L Word. Leisha Hailey first came to the public's attention as a musician in the pop duo The Murmurs and continued a music career as part of the band Uh Huh Her.

Leisha is a graduate of the American Academy of Dramatic Arts in New York. She started her career with small parts on the shows Sleeping Beauties and All Over Me, as a teenage lesbian. Leisha came out as a lesbian as a teenager and has been romantically linked to singer K.D. Lang and joined a band called Gush. In 2011, news of her relationship with Uh Huh Her bandmate Camila Grey became public after the two were ejected from a Southwest Airlines flight for arguing with a flight attendant who asked them to stop kissing. Leisha Hailey co-wrote the Shakira hit song "Don't Bother" for her 2005 hit album Oral Fixation Vol. 2. Leisha has also starred in commercials for Yoplait and started her own record label called Marfa Records. She also stars in the psychological thriller Fertile Ground. In 2007, Hailey was named the sexiest woman in the AfterEllen Hot 100 list compiled by AfterEllen.com. 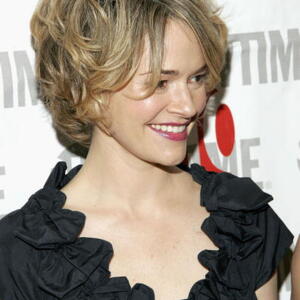