Leila George net worth: Leila George is an Australian American actress who has a net worth of $1 million. She is perhaps best known for marrying Sean Penn in 2020. She is also notable for being the daughter of actors Vincent D'Onofrio and Greta Scacchi.

Leila George was born in Sydney, New South Wales, Australia on March 20, 1992. In 2016 she appeared in the television firm Mother, May I Sleep with Danger?. Leila George appeared in the movies Mortal Engines in 2018 and The Kid in 2019. She studied at Brighton College, Crawley College, the Arts Educational Schools, Sydney Film School, and the Lee Strasberg Institute. George was a camera operation for The Last Impresario documentary in 2013. She starred on stage with her mother in The Seagull for the Black Swan Theatre Company in Perth in 2014. George starred as Janine on the television series Animal Kingdom from 2019 to 2020.

She married Sean Penn in 2020. They had been dating since 2016 when she was 24 and he was 55. Penn has a daughter who was born the year before Leila was born and a son who was born two years after. 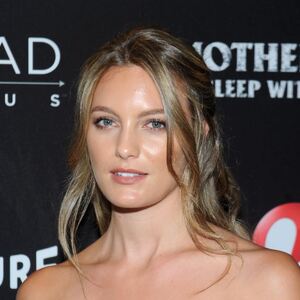