She is best known to worldwide audiences for her lead role in the hugely successful Korean historical drama Dae Jang Geum and her critically acclaimed role as a revenge-seeking single mother in Park Chan-wook's crime thriller film Sympathy for Lady Vengeance. Dae Jang Geum aired overseas for the first time in 2004 and won the hearts of Taiwanese audiences as well. In 2005, nearly half the population of Hong Kong reportedly watched the final episode of the drama. In China, hundreds of millions of viewers watched the drama despite the fact that it was shown late at night. She was awarded Best Actress in the 2005 Blue Dragon Film Awards and 2006 Baeksang Art Awards for her performance in the film Sympathy For Lady Vengeance. In 2007, she received the Medal of Culture Merit for her contribution to Korean Wave from the South Korean government. On August 24, 2009, Lee Young-ae married Jeong Ho-young, a Korean-American businessman. On February 20, 2011, she gave birth to their twins-one boy and one girl-at the Jeil Hospital in Jung-gu, Seoul. 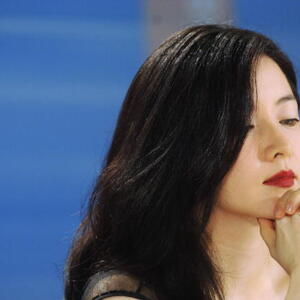