Lee Thompson Young Net Worth: Lee Thomson Young was an American actor who had a net worth of $250 thousand. Lee Thompson Young (February 1, 1984 – August 19, 2013) was born in Columbia, South Carolina. Blessed with acting talent, Lee Thompson Young was just ten years old when he portrayed Martin Luther King in a play called A Night of Stars and Dreams by Dwight Woods, and that was the moment when Lee realized he wanted to become an actor.

In order to embark on fully-fledged acting career, he moved to New York City in June 1996. However, it was not until the next year that he got auditioned for the part of Jett Jackson in The Famous Jett Jackson. First, the pilot was filmed and then in 1998 Disney released the show, which would also become a Disney movie in June 2001. Another notable turn after the cancellation of The Famous Jett Jackson, Lee Thompson saw with the the 2004 movie Friday Night Lights portraying Chris Come. Since, Lee continued to appear on TV shows like South Beach, Scrubs, Flash Forward, and such movies as Akeelah and the Bee and The Hills Have Eyes 2. The last role to mark Young's career was his portrayal of Boston police detective Barry Frost on the TNT police drama series Rizzoli & Isles. It was on August 19, 2013 that Young failed to show up for filming an episode of Rizzoli & Isles, and later that day was found dead at his Los Angeles apartment. 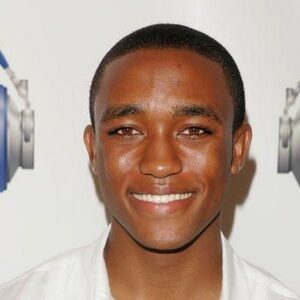