Lee Tergesen net worth and salary: Lee Tergesen is an American actor who has a net worth of $3 million. Lee Tergesen is perhaps best known for his work on the HBO prison drama, Oz. He is also known for playing Evan Wright in Generation Kill and for making many guest starring appearances in TV and film.

When Tergesen was 18 years old, he moved from his home in Connecticut to New York in order to pursue a career in acting. He graduated from the American Musical Dramatic Academy's two-year program in Manhattan and started doing some stage work in the early 90s. The first role of his professional acting career was a bit part in the 1991 pilot of Acting Sheriff. He then went on to star in both Wayne's World and Wayne's World 2, followed by the 1994 series, Weird Science and a recurring role in the first season of Homicide: Life on the Street. His acting really started taking off in 1997 when he began playing Tobias Beecher on Oz. His role on Oz would last until the series ended in 2003. In addition to his work on Oz, he has appeared on several hit television shows including ER, Rescue Me, CSI, Criminal Minds, The 4400, House, all three of the Law & Order franchises, and Desperate Housewives. In 2011, he married Yuko Otomo and their daughter Lily was born a year later on December 5, 2012. 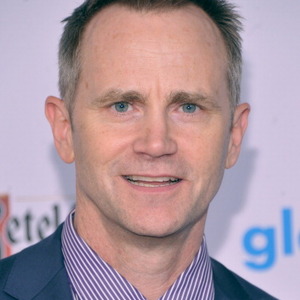