Lee Pace Net Worth: Lee Pace is an American actor who has a net worth of $5 million dollars. Born Lee Grinner Pace in March of 1979, he is known for his work in movies, television shows, and theater. One of his most notable roles, as Ned the pie maker in ABC's short lived (but cult classic) Pushing Daisies, earned him a number of nominations.

In 2008 he earned accolades for outstanding lead actor in a comedy series for both the Golden Globes and Primetime Emmys. Additionally, he is known for his role as Roy Walker/the red bandit in The Fall, which came out in 2006. Garrett the vampire in the final installment of the Twilight Saga: Breaking Dawn – Part 2, as well as acting in The Hobbit and Guardians of the Galaxy. Pace hails from Oklahoma, before moving with his family to Saudi Arabia for his father's job in the oil business. They then returned to Texas, where Pace got his start in acting. He even quit high school in order to appear in an acclaimed play, but later returned to graduate. He also attended high school with fellow actor Matt Bomer. After high school, he was accepted to the Julliard school of drama. He then went on to appear in a number of off-Broadway productions, before expanding his reach in on-screen performances both in television and films. 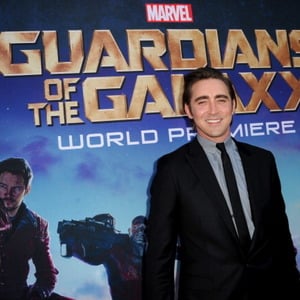