How much is Lee Min Ho Worth?

Lee Min Ho net worth: Lee Min Ho is a South Korean actor who has a net worth of $10 million. Born on June 22nd 1987, Lee Min Ho had aspirations to become a soccer player, a dream that fall apart after he suffered an injury in the 5th grade of elementary school. He was in his second year of high school, when he turned to acting and made his debut with MBC's Love Hymn (2005), playing a minor character role. Min Ho landed his first leading role in 2007, when he portrayed Cha Gong Chan in SBS's 8-part high-school drama Mackerel Run. However, his career breakthrough came two years later when he got the lead part as Gu Jun-Pyo in Boys Over Flowers (KBS2), the Korean adaptation of the popular Japanese television drama Hana Yori Dango. Starring alongside Koo Hye Sun, Kim Bum and Kim Hyun Joong, his appearance in this show catapulted him to fame. Then followed another success with MBC TV drama Personal Taste, in which he played an ambitious young architect. In 2011, he starred along with actress and model Park Min Young, in the hit action drama City Hunter. The popularity of the series contributed to Min Ho's growing popularity in other parts of Asia including Japan, Philippines and China. After his significant roles in drama series, Min Ho took the #1 spot for Best Hallyu Star in a Japanese magazine dedicated to Korean dramas in June of 2012. 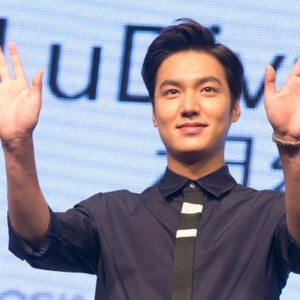