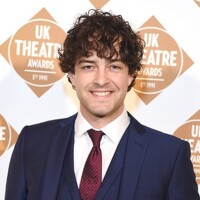 Lee Mead Net Worth: Lee Mead is an English actor who has a net worth of $8 millioon. Lee Mead was born in Southend-on-Sea, Essex, England in July 1981. He is best known for winning the title role of Joseph and the Amazing Technicolor Dreamcoat on the BBC TV casting show Any Dream Will Do. Mead studied at performing arts college and started appearing as a cruise ship singer before moving to musical theater. He played Levi and the Pharaoh in a UK touring production of Joseph and the Amazing Technicolor Dreamcoat and then performed in the UK tours of Tommy and Miss Saigon. He joined the West End production of Phantom of the Opera. He auditioned for the BBC reality TV series Any Dream Will Do and won the competition. He starred in the title role of Joseph and the Amazing Technicolor Dreamcoat which opened in the West End in July 2007. He has also gone on to star in the West End in Wicked, The West End Men, and Legally Blonde: The Musical. Mead joined the cast of the BBC drama series Casualty in 2014. He has also released several solo albums since 2007.