Lee Jung-jin Net Worth: Lee Jung-jin is a South Korean actor who has a net worth of $25 million. Lee Jung-jin was born May 25, 1978 in Seoul, South Korea. He worked as a fashion model before being discovered by Jeong Young-beom, the CEO of talent agency Star J Entertainment. Lee Jung-jin made his acting debut in the 1998 sitcom Soonpoong Clinic and has since appeared in many television dramas, including Two Outs in the Ninth Inning, Love Story in Harvard, The Fugitive: Plan B, A Hundred Year Legacy, Doctor K, April Kiss, Basketball, Temptation and many others.

His film credits include Once Upon a Time in High School, Mapado, Troubleshooter and, most notably, Pietà, for which he was awarded the prestigious Okgwan Order of Cultural Merit. Between 2009 and 2011, Lee was a cast member of the popular variety show segment Qualifications of Men on KBS2's Happy Sunday. Lee began his mandatory military service on February 28, 2005, where he worked as a member of the public staff at the Gwangjin District office. He is an ambassador for the South Korean international humanitarian and development organization, Good Neighbors. Lee Jung-jin graduated from Konkuk University with a degree in horticulture before studying acting at Hanyang University. 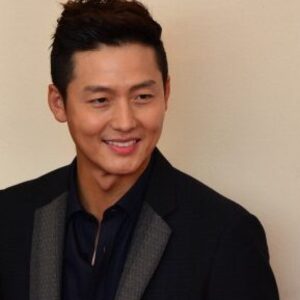