Lee Hyori net worth: Lee Hyori is a South Korean singer who has a net worth of $18 million dollars. Lee Hyori was born in Cheongwon, North Chungcheong Province, South Korea in May 1979. She started off in the South Korean pop girl group Fin.K.L. and was the leader of the group.

Fin.K.L. is short for Fin Killing Liberty. They are one of the most popular K-pop girl groups and sold over 2 million albums. They released six studio albums from 1998 to 2002. Their most popular songs were "To My Boyfriend" and "Blue Rain". Hyori released her debut solo album Stylish in 2003. Her single "10 Minutes" became very popular and she won many Daesang awards in South Korea. The album sold over 144,000 copies in South Korea in 2003. She acted in the SBS TV Series Three Leaf Clover in 2005. She has hosted the Korean Music Festival. Hyori has released five solo studio albums including her latest Monochrome in 2013. Her first four albums all peaked at #1 on the Korean charts. She has appeared in many South Korean television shows and the movies Emergency Act 19 and Dancing Queen. She is a vegetarian and published a photo-essay book in 2012. Hyori married Lee Sang-soon in 2013. 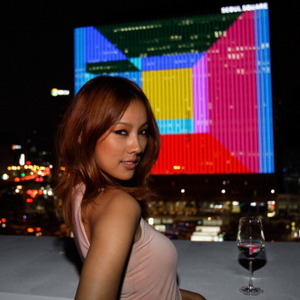