Lee Horsley net worth: Lee Horsley is an American actor who has a net worth of $3 million. Lee Horsley was born in Muleshoe, Texas in May 1955. He has acted in film, television, and on stage. Horsley starred as Archie Goodwin on the television series Nero Wolfe in 1981. From 1982 to 1985 he starred as the title character on the TV series Matt Houston.

From 1988 to 1991 Horsley starred as Ethan Allen Cord on the series Guns of Paradise. He starred as Lieutenant Ben Carroll on the television series Bodies of Evidence from 1992 to 1993. Horsley starred as Natty "Hawkeye" Bumppo on the TV series Hawkeye from 1994 to 1995. He starred in the cult film The Sword and the Sorcerer in 1982 as well as in the movies Showdown at Area 51, Tales of an Ancient empire, Django Unchained, and The Hateful Eight. Horsley recorded the audiobook edition of Lonesome Dove and is an author of western novels. 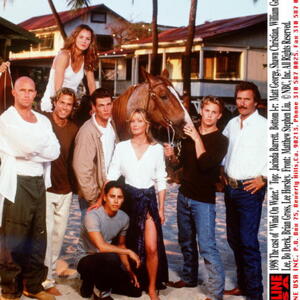