Lee Byung-hun Net Worth: Lee Byung-hun is a South Korean actor who has a net worth is $20 million. Lee Byung-hun was born July 12, 1970 in Seoul, South Korea. He is best known in the United States for starring in G.I. Joe: The Rise of Cobra (2009), G.I. Joe: Retaliation (2013) and RED 2 (2013). He also starred in Joint Security Area (2000), A Bittersweet Life (2005), The Good, the Bad, the Weird (2008), I Saw the Devil (2010), and Masquerade (Gwanghae) (2012). Lee Byung-hun made his debut in the television drama Asphalt My Hometown after auditioning in a KBS talent audition in 1991. In the early '90s his focus turned to television, but beginning in 1995 he turned to movies with such films as Who Drives Me Mad? His breakout role was in 2000's Joint Security Area, which became the highest grossing film in Korean history and earned him a joint Best Actor Award from that year's Pusan Film Critics Award. The film became internationally known when it was screened at the Berlin International Film Festival the following year. Byung-hun continues to appear in Korean projects such as Everybody Has Secrets and A Bittersweet Life, although he has branched out internationally. He released his DVD biography in Singapore and went on to appear in the American film GI Joe: The Risa of Cobra. Lee Byung-hun, along with actor Ahn Sung-ki, were the first Korean actors to imprint their hand and foot prints on the forecourt of Grauman's Chinese Theatre in Hollywood, Los Angeles. Byung-hun starred as T-1000 in Terminator: Genisys in 2015 and also starred in the 2016 film The Magnificent Seven. 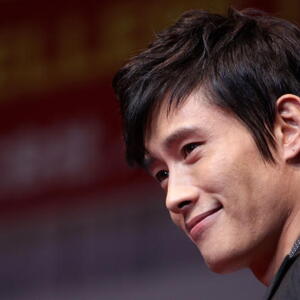