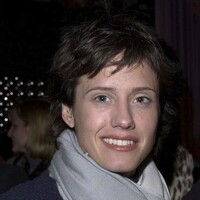 Leanna Creel net worth: Leanna Creel is an American actress, producer, director, screenwriter, and photographer who has a net worth of $2 million. Leanna Creel was born in Los Angeles, California in August 1970. She is an identical triplet and started acting with her sisters Joy and Monica. One of her best known television roles came starring in the TV series Saved by the Bell as Tori Scott in 1992. Creel starred as Lisa Wyatt in the TV movies Parent Trap III and Parent Trap: Hawaiian Honeymoon. She also appeared in episodes of the TV series Growing Pains, My Two Dads, Anything But Love, Beverly Hills, 90210, Ned and Stacey, and more. Leanna Creel has produced and/or directed the films Mixed Signals, Dancer, Texas Pop. 81, Possums, Desert Blue, Six-String Samurai, The Suburbans, Get Over It, and Anchor Baby. She founded her own film production company Ignite Entertainment in 1998 and runs Creel Studio.