Leann Hunley Net Worth: Leann Hunley is an American actress who has a net worth of $2 million. Leann Hunley was born February 25, 1955 in Forks, Washington. She is best known for her recurring role as Anna DiMera on NBC's long-running daytime soap opera Days of Our Lives. Her first television appearance was on the Hawaii Five-O (the original version which ran from 1968-1980).

She was also a regular on The Misadventures of Sheriff Lobo in 1979 and 1980. Her role as Anna Fredericks-DiMera on Days of our Lives from 1982 to 1986 garnered an Emmy Award at the 13th Daytime Emmy Awards for Best Supporting Actress in 1986. During the last three seasons of the former nighttime soap opera Dynasty Hunley played Dana Waring, later Carrington, short-term wife to character Adam Carrington. Hunley was also cast on Aaron Spelling's short-lived Models, Inc. During the first season of Dawson's Creek (1998) she portrayed Tamara Jacobs, a high school English teacher who has a tempestuous affair with one of her students. She also played Shira Huntzberger on the Gilmore Girls (2000). Leann Hunley also modeled in the past and even won second runner up in the Miss Hawaii contest in 1977. Her other television appearances include roles on 7th Heaven, Who's the Boss?, Just Shoot Me, Murder She Wrote, Designing Women and others. After a 21-year absence from playing the role of Anna Fredericks-DiMera, Hunley returned to Days of Our Lives on June 21, 2007, playing the recurring role until 2010. 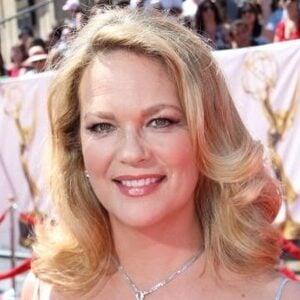