How much is Leah Remini Worth?

Leah Remini Net Worth: Leah Remini is an American actress, author, and activist who has a net worth of $25 million. Remini is best known for her portrayal of Carrie Heffernan on the CBS sitcom "The King of Queens," and from 2016 to 2019, she hosted and co-produced A&E's Emmy-winning docuseries "Leah Remini: Scientology and the Aftermath." She has appeared in dozens of TV shows and movies, including "Kevin Can Wait," "Saved by the Bell," and "Old School."

Early Life: Leah Remini was born Leah Marie Remini on June 15, 1970, in Brooklyn, New York. Her mother, Vicki, was a schoolteacher, and her father, George, owned an asbestos removal company. She grew up with sister Nicole and half-sisters Stephanie, Shannon, Elizabeth, and Christine. Stephanie passed away from cancer in 2013.

Remini was raised Catholic, but her mother began dating a member of the Church of Scientology when Leah was 9 and soon joined the organization. Vicki, Leah, and Nicole moved to Clearwater, Florida, to live at a Scientology compound, then relocated to Los Angeles when Leah was 13. Remini dropped out of school at 14 to focus on acting.

Career: Leah's first acting role was an appearance on "Head of the Class" in 1988, followed by a role on "Who's the Boss?" in 1989. She was then cast in a "Who's the Boss?" spin-off called "Living Dolls" alongside Halle Berry; the show ran for 12 episodes. In 1991, Remini played Stacey Carosi on 6 episodes of "Saved by the Bell." She also appeared on "Cheers," "Friends," "Evening Shade," "NYPD Blue," and many other shows before landing "King of Queens," which ran for 9 seasons and 207 episodes (1998-2007). She teamed up with "King of Queens" co-star Kevin James again in 2017 when she joined the cast of his CBS show "Kevin Can Wait."

Leah also co-hosted "The Talk" from 2010 to 2011, and she competed on "Dancing with the Stars" in 2013, coming in fifth place. Remini has also appeared in several movies, starring with Will Ferrell, Vince Vaughn, and Luke Wilson in "Old School," Ed Helms and Tracy Morgan in "The Clapper," and Jeff Garlin and Natasha Lyonne in "Handsome: A Netflix Mystery Movie." 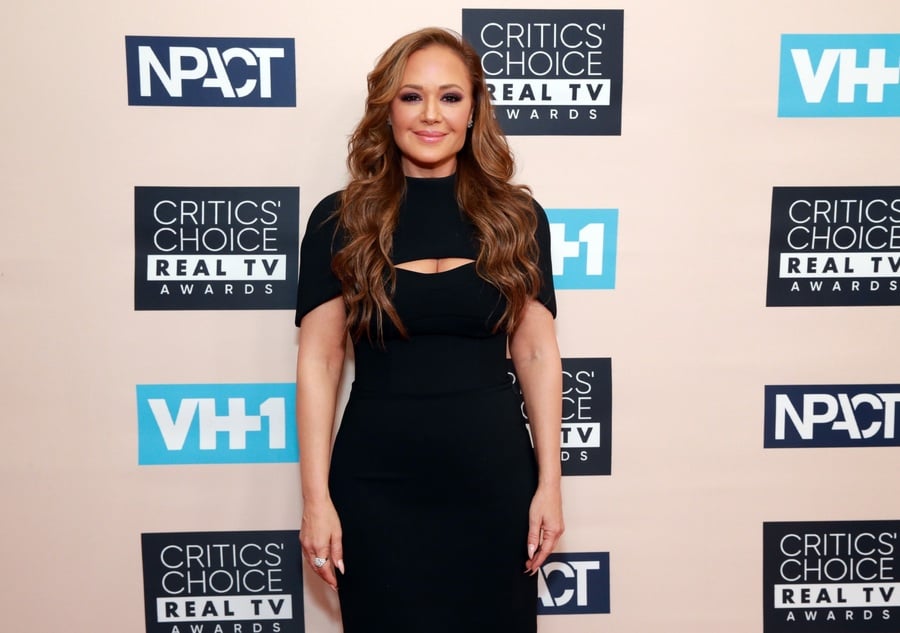 Scientology: Leah spent more than 3 decades in the Church of Scientology and has been outspoken about the organization's practices since she left in 2013, particularly their disconnection policy (which forbids members from communicating with people the church considers to be "Suppressive Persons"). Due to this policy, Remini's family left the Church of Scientology instead of cutting ties with her.

In 2015, Leah wrote the book "Troublemaker: Surviving Hollywood and Scientology," which received positive reviews and reached #1 on "The New York Times" Best Seller list. The following year, she began hosting "Leah Remini: Scientology and the Aftermath," which won a Primetime Emmy Award for Outstanding Informational Series or Special in 2017.

Personal Life: Remini married actor Angelo Pagán on July 19, 2003, at the Four Seasons Hotel in Las Vegas, and they welcomed daughter Sofia on June 16, 2004. Pagán also has 3 sons from a previous marriage. Leah and Angelo appeared on their own TLC reality show, "Leah Remini: It's All Relative" from 2014 to 2015. The show ran for 26 episodes and featured appearances from several of Leah's relatives, including mother Vicki, stepfather George, and sister Shannon. 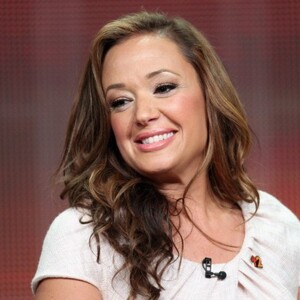