What is Lea Thompson's Net Worth?

Lea Thompson is an American actress, produce and director who has a net worth of $14 million. Lea Thompson is best known for her role as Lorraine Baines-McFly in the "Back to the Future" film trilogy. Her other film credits have included "Howard the Duck," "Red Dawn," "Some Kind of Wonderful," and "The Beverly Hillbillies." On television, Thompson starred on the 90s sitcom "Caroline in the City" and the 2010s family drama "Switched at Birth."

Lea Thompson was born on May 31, 1961 in Rochester, Minnesota as one of five children of Barbara and Clifford. Her siblings are Coleen, Shannon, Andrew, and Barry. As a girl, Thompson studied ballet, and by the age of 14 was dancing professionally. She won scholarships to such institutions as San Francisco Ballet, Pennsylvania Ballet, and American Ballet Theatre. While at the latter, she decided to change directions and pursue acting after artistic director Mikhail Baryshnikov told her she was "too stocky" for the main dance company.

In the 80s, Thompson appeared in advertisements for Burger King alongside Sarah Michelle Gellar and Elisabeth Shue; the latter would later be Thompson's costar in the "Back to the Future" film sequels. Thompson also appeared in the 1982 interactive live-action video game "MysteryDisc: Murder, Anyone?"

Thompson made her feature film debut in 1983, playing Kelly Ann Bukowski in the thriller sequel film "Jaws 3-D." The same year, she starred opposite Tom Cruise in the sports drama "All the Right Moves." Thompson followed this with starring roles in two 1984 titles: the action film "Red Dawn" and the coming-of-age dramedy "The Wild Life." The actress then debuted her most famous role in 1985, playing Lorraine Baines-McFly, the mother of Michael J. Fox's Marty McFly, in Robert Zemeckis' science-fiction film "Back to the Future." A massive hit, the film spawned two sequels, "Back to the Future Part II" and "Back to the Future Part III," in both of which Thompson reprised her role. Her credits in the latter half of the 80s include the adventure film "SpaceCamp"; the science-fiction comedy "Howard the Duck," in which she sang a number of songs; the romantic drama "Some Kind of Wonderful"; the comedy "Casual Sex?"; and the historical drama "The Wizard of Loneliness."

In the 90s, Thompson appeared in three films based on classic television series: "Dennis the Menace," "The Beverly Hillbillies," and "The Little Rascals." The next decade, she was in such films as "Spy School," "Exit Speed," "Rock Slyde," and "Splinterheads." In 2010, Thompson had a leading role in the family adventure comedy "Adventures of a Teenage Dragon Slayer." The following year, she appeared in "Thin Ice," "The Trouble with the Truth," and Clint Eastwood's biographical drama "J. Edgar." Thompson's other credits have included "Ping Pong Summer," "Left Behind," "Sierra Burgess is a Loser," the 2018 adaptation of "Little Women," "Dinner in America," and "Unplugging." Additionally, she made her directorial debut with the 2017 dramedy "The Year of Spectacular Men," in which she also appeared alongside her two daughters. 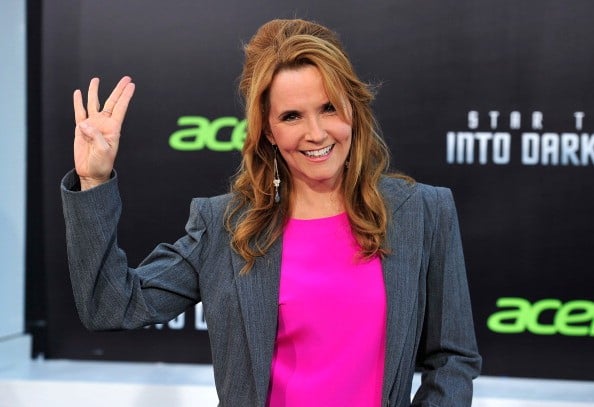 On the small screen, Thompson had her first role in the 1989 television film "Nightbreaker," starring Emilio Estevez and Martin Sheen. The same year, she appeared in an episode of "Tales from the Crypt." Thompson followed this with a string of television films including "Montana," "Stolen Babies," "The Substitute Wife," and "The Unspoken Truth." From 1995 to 1999, she found success as the star of the NBC sitcom "Caroline in the City," playing a Manhattan cartoonist named Caroline Duffy. The show ran for four seasons and 97 episodes before being cancelled. During her time on the program, Thompson also starred in the television film "The Right to Remain Silent" and appeared in the miniseries "A Will of their Own."

Thompson had her next leading role from 2002 to 2003, when she played Chief Deputy District Attorney Camille Paris on the legal drama "For the People." Following this, she starred opposite Tony Danza in the television film "Stealing Christmas," and appeared in episodes of "Ed" and "Law & Order: SVU." In 2005, Thompson began starring in a series of Hallmark Channel television films called "Jane Doe," in which she played the titular secret agent-turned-housewife. Her other television film credits have included "A Life Interrupted," "Final Approach," "Game of Your Life," and "Culture Clash." Meanwhile, from 2011 to 2017, Thompson had a main role on the family drama series "Switched at Birth." During this time, in 2014, she competed in the 19th season of the reality competition series "Dancing with the Stars," coming in sixth place with her dance partner Artem Chigvintsev.

In addition to directing the 2017 film "The Year of Spectacular Men," Thompson has directed multiple television films and episodes of television shows. She directed two installments of her "Jane Doe" Hallmark film franchise, and four episodes of her series "Switched at Birth." Between 2016 and 2021, she directed seven episodes of the sitcom "The Goldbergs." Thompson's other directing credits include episodes of "American Housewife," "Mom," "Schooled," "The Kids Are Alright," "Young Sheldon," "Katy Keene," and "Stargirl."

In 1989, Thompson married filmmaker Howard Deutch, whom she had met while acting in his 1987 film "Some Kind of Wonderful." Together, the couple has two daughters, Madelyn and Zoey Deutch, both of whom are also actors. In 2017, the girls starred alongside their mother in her directorial debut, "The Year of Spectacular Men." 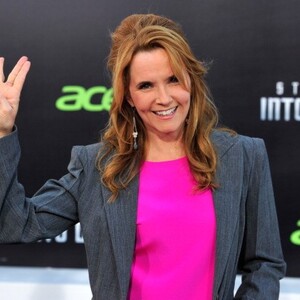