Lea Michele Net Worth: Lea Michele is an American actress, singer and author who has a net worth of $14 million and salary per episode of $80,000. She is best known for her performance as Rachel Berry on the Fox television series "Glee."

Early Life and career: Lea Michele (Sarfati) was born August 29, 1986 in The Bronx, New York City, New York. She is the only child of Edith, a retired nurse, and Mark David Sarfati, a real estate agent. Michele began working professionally at age eight on Broadway in productions such as Les Misérables, Ragtime and Fiddler on the Roof. During the run of Ragtime, she lived in Toronto and was homeschooled. Lea attended Tenafly High School where she was active in volleyball, debate, and choir, and worked a part-time job at a bat mitzvah dress shop. She stepped back from the stage so she could focus on her education, but attended the Stagedoor Manor center for performing arts training in the Catskills during the summers. Michele was accepted to New York University's Tisch School of the Arts but instead decided to continue working professional on stage.

Career: Michele's career took a turn for the better in 2006 with Spring Awakening, a Broadway rock musical by Steven Sater and Duncan Sheik. For her performance, she was nominated for the Drama Desk Award for Outstanding Actress in a Musical. She left the musical in 2008 and moved to Los Angeles where she sought out movie and television roles. Between auditions and various small roles, she sang at the Upright Cabaret at Mark's Restaraunt in Hollywood.

From 2009 until 2015, Lea starred as Rachel Berry in the Fox musician series "Glee." Ryan Murphy, the show's co-creator, wrote the role specifically for Michele. In her role on "Glee", Michele earned kudos for her take on "Don't Rain on My Parade", originally sung by Barbra Streisand in the musical "Funny Girl." The cast's rendition of Journey's "Don't Stop Believin'" became the top downloaded song on iTunes the day after it was featured in an episode. The show's music has proved to be so popular that several soundtracks have already been released, and Michele and several other cast members played numerous concerts throughout the country in 2010.

Besides working on "Glee", Michele was cast as the voice of the character of Dorothy in an animated film based on "The Wizard of Oz." Lea announced she was working on her first solo album in September 2012. She released her first single, "Cannonball" on December 10, 2013, and it debuted at No. 75 on the Billboard Hot 100. She subsequently released four more singles and her album, "Louder," was released in January 2014. It reached No. 4 on the Billboard 200. From 2015-2016, Lea starred in the Fox horror-comedy series "Scream Queens." She appeared alongside the original scream queen Jamie Lee Curtis. In March 2016, Michele performed on the charity single "This Is for My Girls," which benefited the White House's #62MillionGirls campaign and First Lady Michelle Obama's Let Girls Learn initiative.

Lea released her second album "Places", in April 2017. It debuted at No. 28 on the Billboard 200 chart. That same month, Michele appeared as Amanda in the first episode of Hulu's "Dimension 404." Her next role was as political advisor Valentina Barella in ABC's "The Mayor." In 2019, it was announced that Lea would be hosting a wellness and health digital series titled "Well, Well, Well with Lea Michele" for the Ellen DeGeneres Network. On October 25, 2019, Lea released her third album, "Christmas in the City" and starred as the lead in an ABC holiday film titled "Same Time, Next Christmas." 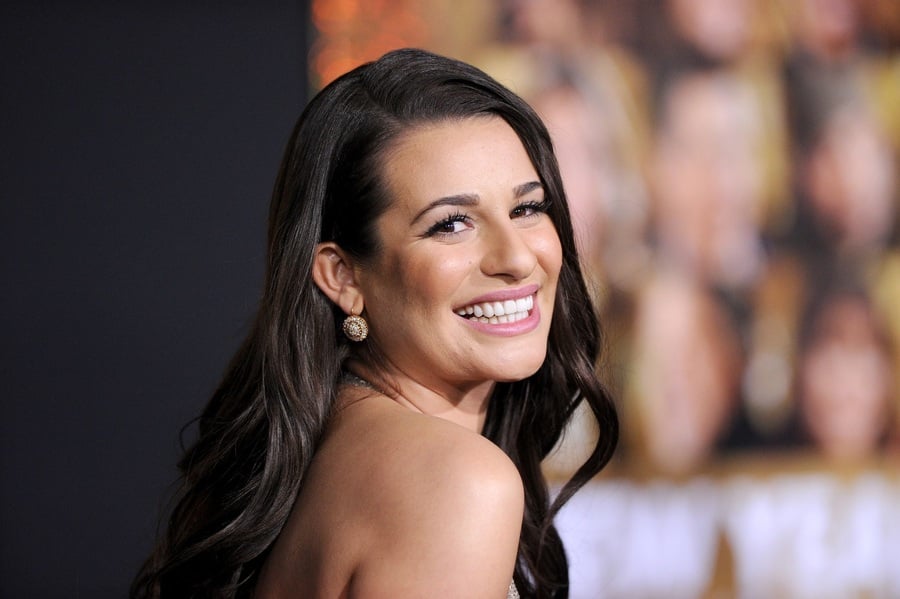 Books: Lea released her first book, "Brunette Ambition" on May 20, 2014. She held multiple book signings across the United States. It debuted at number three on the New York Times Best Seller List. Her second book, "You First: Journal Your Way to Your Best Life" was released on September 22, 20145.

Accolades: Michele's portrayal of Rachel on "Glee" earned her two Golden Globe Award nominations for Best Actress—Television Series Musical or Comedy in 2010 and 2011 and an Emmy Award nomination for Best Leading Actress in a Comedy Series in 2010. She also won a Satellite Award for Best Actress—Television Series Musical or Comedy, a Screen Actors Guild Award and three consecutive People's Choice Awards for her performance. For her work on "Scream Queens", Lea was nominated for the People's Choice Award for Favorite Actress in a New TV Series and two Teen Choice Awards.

Personal Life: Lea Michele became romantically involved with Canadian actor Cory Monteith in October 2008 when they were cast as love interests on Glee and they remained a couple until his death on July 13, 2013. Cory Monteith died of a 'mixed' drug overdose. Lea married Zandy Reich in March 2019. In May 2020, she announced she was pregnant with their first child.

Michele is very involved in many charities such as Broadway Cares/ Equity Fights AIDS, PETA, Human Rights Campaign, Feeding America, and Habitat for Humanity. She is often found performing charity benefit concerts and paying visits to sick children in hospitals around the country.

Michele is considered somewhat of a fashion icon by the media. She was featured on People Magazine's Best Dressed List of 2010 as The Newbie and voted 2010 Most Stylish Star by E! Online.

Endorsements: She has appeared in commercials for L'Oreal, Zola, HP, Dove, Hello Fresh and Candie's. 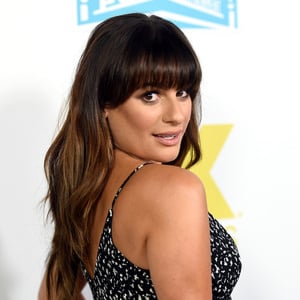