Early Life: He was born on October 17, 1957 in the Bronx, NY. He grew up in New Jersey where his father was a college history professor and his mother was a kindergarten teacher. He graduated from the University of Maine with a degree in Civil Engineering but while attending college, acquired a passion for dance. After graduating, Bender pursued dancing for several years until an injury prevented him from continuing.

Career: In the 1980s he worked as a grip on the series "Tales from the Darkside." In 1989 Lawrence produced the film "Intruder," which he also co-wrote.

In 1990 Lawrence came across Quentin Tarantino's script for "Reservoir Dogs." He proceeded to produce the film which went on to become a cult hit and launched Tarantino's career.

Bender's film "An Inconvenient Truth," which raised unprecedented awareness about climate change, won the Academy Award for Best Documentary Feature. His other films include, Countdown to Zero, From Dusk Till Dawn, Anna and the King, Innocent Voices, and Dirty Dancing: Havana Nights.

Bender makes cameo appearances in many of the films he produces, including Reservoir Dogs, Pulp Fiction, Four Rooms, and Kill Bill Volume 2. He has been a contributing blogger at The Huffington Post and works in Hollywood running his production company, Lawrence Bender Productions. Lawrence Bender has never been married, but he has a daughter with ex-girlfriend Leasi Andrews. 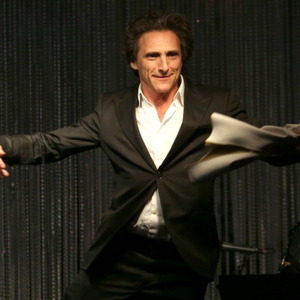