What is Laverne Cox's Net Worth and Salary?

Laverne Cox is an American actress, reality television personality, and television producer who has a net worth of $6 million. Laverne Cox is best known for her role as Sophia Burset on the acclaimed Netflix series "Orange is the New Black." For the role, she became the first transgender person ever nominated for a Primetime Emmy Award in acting. Cox has appeared on numerous other shows and in movies, and has graced the covers of various magazines.

Laverne Cox was born on May 29, 1972 in Mobile, Alabama. She has an identical twin brother named M Lamar, and was raised by her single mother and grandmother within the AME Zion church. Growing up, Cox was bullied for not acting masculine enough, and attempted suicide when she was 11. For her primary education, she went to the Alabama School of Fine Arts in Birmingham, where she studied creative writing before transitioning to dance. Following this, Cox attended Indiana University Bloomington for two years, and then transferred to Marymount Manhattan College. At the latter school, she started studying acting.

Cox made her television debut in 2008; that year, she appeared in episodes of both "Law & Order" and "Law & Order: Special Victims Unit." More significantly, she appeared as a contestant on the first season of the VH1 reality series "I Want to Work for Diddy." Following this, VH1 approached Cox about giving her a show of her own. This resulted in the makeover series "TRANSform Me," on which Cox became the first black transgender person to star on and produce her own show.

"Orange is the New Black" Breakthrough

Cox achieved widespread fame in 2013, when she began playing the recurring role of transgender prison inmate and former firefighter Sophia Burset on the Netflix streaming series "Orange is the New Black." Over the show's seven-season run through 2019, Cox earned a plethora of accolades, including multiple Emmy Award nominations. In the process, she became the first transgender person ever to be nominated for a Primetime Emmy acting prize. Additionally, Cox twice won the Screen Actors Guild Award as part of the show's ensemble. A groundbreaking series for many reasons, such as its diverse gender, ethnic, and sexual representation, "Orange is the New Black" gave Cox a unique platform to give voice to the lives of trans people. 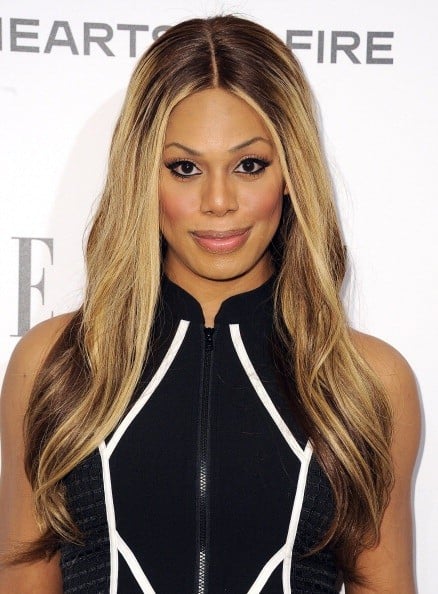 While she was still on "Orange is the New Black," Cox made appearances on the television series "Faking It," "Girlfriends' Guide to Divorce," and "The Mindy Project." She also executive produced and appeared in the documentary special "Laverne Cox Presents: The T Word," for which she won a Daytime Emmy Award. Next, Cox appeared in the role of Dr. Frank-N-Furter in the musical comedy television film "The Rocky Horror Picture Show: Let's Do the Time Warp Again," a remake of the cult classic film. Her next major role on a series came in 2017, when she began playing transgender attorney Cameron Wirth on the CBS series "Doubt." However, the show was canceled after two episodes.

Among her other credits, Cox has made guest appearances on such shows as "Weird City," "Dear White People," "A Black Lady Sketch Show," "Curb Your Enthusiasm," and "The Blacklist." She has also lent her voice to episodes of "Tuca & Bertie" and "Awkwafina is Nora from Queens." In 2022, Cox appeared on "Celebrity Wheel of Fortune," and began playing Kacy Duke on the Netflix miniseries "Inventing Anna."

In the movies, Cox had her first significant role in the 2011 dance film "Musical Chairs." A couple years later, she was in the thriller "36 Saints." Cox began landing bigger roles starting in 2015, when she appeared opposite Lily Tomlin, Julia Garner, Sam Elliott, and Marcia Gay Haden in "Grandma." She was subsequently in "Freak Show" and "Can You Keep a Secret?," and made a cameo appearance in the 2019 remake of "Charlie's Angels." In 2020, Cox had roles in two black comedy thrillers: "Bad Hair" and the Oscar-winning "Promising Young Woman," starring Carey Mulligan. Her other credits have included the documentary "Disclosure: Trans Lives on Screen" and the action comedy "Jolt."

As a model, Cox has been featured in a myriad of publications and campaigns. In 2014, she was featured in the annual "Rebels" issue of V, and also graced the cover of Essence. The following year, Cox posed nude for the annual "Nudes" issue of Allure, making her the first transgender actress to do so. She has also appeared on the covers of Entertainment Weekly, British Vogue, and Time. Beyond the page, Cox headlined the New York Fashion Week show for luxury e-retailer 11 Honoré in 2019.

Cox is prolific in activism related to LGBTQ causes. In 2014, she participated in a campaign against an Arizona law that made it easier for police to target transgender women of color on the streets. Later, in 2017, Cox collaborated with the ACLU and various trans figures for a video detailing trans history and political resistance.

In recognition of her activism, Cox has won numerous honors, including GLAAD's Stephen F. Kolzak Award; the Transgender Law Center's Claire Skiffington Vanguard Award; and an honorary doctorate from the New School.