She began acting professionally in 1980, when she appeared on the series, "The Martian Chronicles", playing Rock Hudson's daughter. She has worked steadily since the mid-80s, going back and forth between film and television projects. Some of her work includes, "Captain Power and the Soldiers of the Future", "Physical Evidence", "Father Dowling Mysteries", "Due South", "Highlander: The Series", "The Majestic", and "The Magnificent Seven". She is most widely recognized for her performance as Marita Covarrubias on "The X-Files", and for her work on the hit series, "The Walking Dead". Laurie also received acclaim for her role on the FX series "The Americans", appearing in 12 episodes between 2017 and 2018. 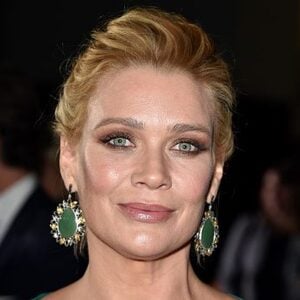