How much is Laurie Anderson Worth?

Laurie Anderson Net Worth: Laurie Anderson is an American experimental performance artist, composer and musician who has a net worth of $2 million. Born Laura Phillips Anderson on June 5, 1947, in Glen Ellyn, Illinois, she is one of today's premier performance artists primarily known for her work as a violin and keyboards player and singer in a variety of experimental music and art rock styles. Initially trained as a sculptor, Anderson made her first art-piece performance in the late 1960s. Remaining active throughout the 1970s and the 1980s, she rose to worldwide stardom in 1981 when her single "O Superman" reached #2 on the UK pop charts. Later on, she went on to make a try at both acting and directing with the 1986 concert film Home of the Brave. Furthermore, she is a pioneer in electronic music, having invented some new devices that she has exploited in her recordings and performance art shows. It was in 1977 that she created a tape-bow, and then in the late 1990s, she developed a talking stick, among other inventions. Laurie Anderson was Lou Reed's wife from 2008 until his death on October 27, 2013. 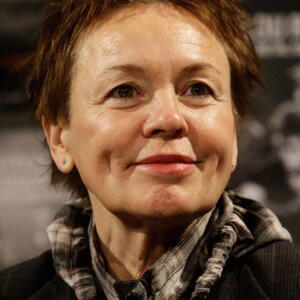