What is Laurence Fishburne's net worth?

Laurence Fishburne is an actor, screenwriter, and producer, best known for playing strong and authoritative characters. Laurence Fishburne has a net worth of $30 million. Among his most famous roles are Morpheus in the "Matrix" trilogy, Jason Styles in "Boyz n the Hood," and Ike Turner in "What's Love Got to Do With It." Fishburne's other credits include the movies "Apocalypse Now," "Mystic River," and "Akeelah and the Bee," and the television shows "CSI: Crime Scene Investigation" and "Black-ish."

The Matrix Salaries: Laurence earned a nominal amount of money for appearing the first "Matrix" movie. He then earned $15 million for the second and third installments PLUS 3.75% of the backend which brought his total earnings for those two films up to the roughly $40 million range.

Black-Ish: He earns $200,000 per episode of Black-ish as both a star an executive producer.

Laurence Fishburne was born in 1961 in Augusta, Georgia to Hattie, a junior high school math and science teacher, and Laurence Jr., a juvenile corrections officer. Following his parents' divorce, he moved with his mother to Brooklyn, New York. As a youth, Fishburne went to the former Lincoln Square Academy.

Fishburne began his first acting role in 1973, playing the character of Joshua Hall on the ABC soap opera "One Life to Live." A couple of years later, he made his feature film debut in the coming-of-age drama "Cornbread, Earl and Me," in which he played a young boy who witnesses the police shooting of a high school basketball star. Later, in 1979, Fishburne had a supporting role in the Vietnam War film "Apocalypse Now," playing Tyrone Miller. Although he began shooting the film when he was only 14, filming took so long that Fishburne was 17 upon its completion.

Film Career in the 80s

In the early 80s, Fishburne appeared in the dramedy "Willie & Phil," the action film sequel "Death Wish II," and two dramas directed by Francis Ford Coppola: "Rumble Fish" and the historical crime film "The Cotton Club." Following a bit part in Steven Spielberg's "The Color Purple" in 1985, he starred in the drama "Quicksilver" and the action crime thriller "Band of the Hand." Subsequently, Fishburne was in "A Nightmare on Elm Street 3: Dream Warriors," "Gardens of Stone," and "Cherry 2000," all from 1987. The actor closed out the decade with roles in "Red Heat," starring Arnold Schwarzenegger and Jim Belushi, and Spike Lee's "School Daze," in which he had a starring role opposite Giancarlo Esposito and Tisha Campbell. 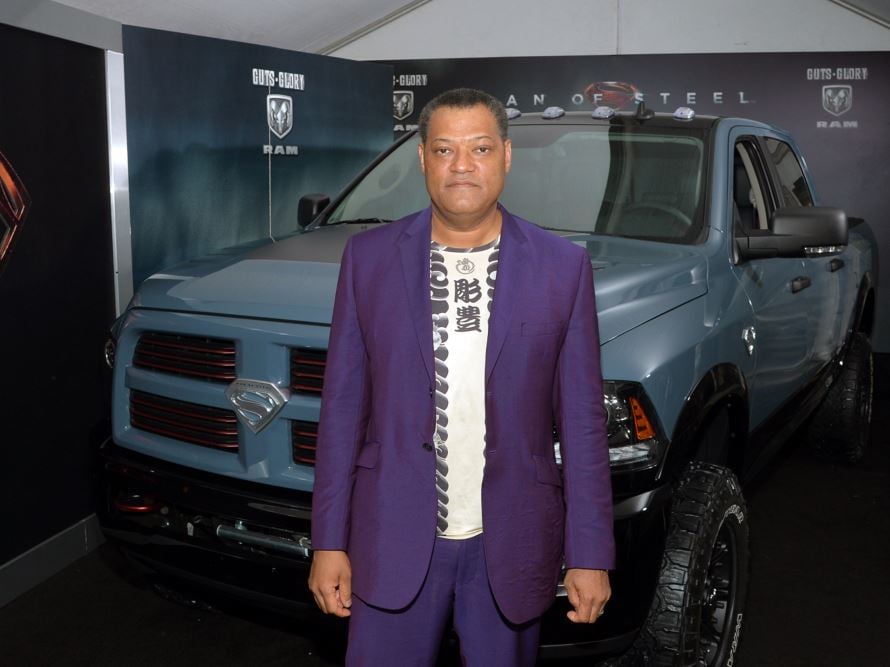 Fishburne kicked off the 90s with Abel Ferrara's controversial crime thriller "King of New York," costarring Christopher Walken, Wesley Snipes, and David Caruso. He was then in the prison film "Cadence" and the legal drama "Class Action." One of Fishburne's most famous roles came in 1991, when he starred as Jason "Furious" Styles in John Singleton's coming-of-age drama "Boyz n the Hood." Costarring Ice Cube, Cuba Gooding Jr., Morris Chestnut, Nia Long, and Regina King, among others, the film was a huge success, grossing nearly $60 million and earning two Academy Award nominations. After starring in "Deep Cover" in 1992, Fishburne had another critical hit with 1993's "What's Love Got to Do with It." In the film, he portrayed Ike Turner opposite Angela Bassett, who played Tina; both Fishburne and Bassett received Academy Award nominations for their performances. Following this, Fishburne was in such films as "Searching for Bobby Fischer," "Higher Learning," "Bad Company," "Just Cause," and "Othello," in which he played the titular role.

Among Fishburne's credits in the latter half of the 90s are "Event Horizon," "Hoodlum," and "Welcome to Hollywood." The actor closed out the decade with his most famous role, playing the hacker-mentor Morpheus in the science-fiction film "The Matrix."

In the early 2000s, Fishburne lent his voice to the animated children's film "Osmosis Jones," and reprised his role as Morpheus in two sequels to "The Matrix," both released in 2003. Other credits around this time included "Mystic River," "Kiss Kiss Bang Bang," "Assault on Precinct 13," "Akeelah and the Bee," "Bobby," and "Five Fingers." Later in the decade, Fishburne was in films including "21," "Armored," and "Black Water Transit."

Fishburne's credits in the 2010s include "Contagion," "Ride Along," "Rudderless," "Passengers," "Last Flag Flying," and "The Mule." He also appeared in a few superhero films, including "Man of Steel," "Batman v Superman: Dawn of Justice," and "Ant-Man and the Wasp." Additionally, Fishburne played the role of 'The Bowery King' in the action sequels "John Wick: Chapter 2" and "John Wick: Chapter 3 – Parabellum."

Following his debut on "One Life to Live," Fishburne appeared on television in episodes of "Trapper John, M.D.," "M*A*S*H," "Strike Force," "Hill Street Blues," and "Miami Vice." He was also in the television films "A Rumor of War" and "For Us the Living: The Medgar Evers Story," and appeared in 17 episodes of "Pee-wee's Playhouse." In the 90s, Fishburne was in more television films, including "Decoration Day," "The Tuskegee Airmen," "Miss Evers' Boys," and "Always Outnumbered," the latter two of which he produced.

In 2008, Fishburne began his biggest television role yet when he joined the cast of "CSI: Crime Scene Investigation." For 60 episodes he played Dr. Raymond Langston, a college professor and former pathologist. Fishburne had another major role starting in 2013, playing Jack Crawford on NBC's "Hannibal." In 2014, he began playing Earl Johnson on the ABC sitcom "Black-ish."

Beyond the screen, Fishburne has had an accomplished career on stage. His early credits include "Eden," "Short Eyes," "Urban Blight," and "Loose Ends." In 1992, he won a Tony Award for his performance in the August Wilson play "Two Trains Running." Later, he was in productions of "Riff Raff," "The Lion in Winter," and another August Wilson play, "Fences." In 2008, Fishburne starred in the Broadway production of "Thurgood," and received the Drama Desk Award for Outstanding One-Person Show.

In 1985 Fishburne married Hajna O. Moss but divorced sometime in the 1990s. They have two children, a daughter and a son. Their son, Langston, was born in 1987 and their daughter, Montana in 1991. He married actress Gina Torres in 2002 and they have a girl, Delilah, born in June of 2007. They split their time between Los Angeles and New York City. Gina and Laurence divorced in 2018 after separating a year earlier.

At the Cultural Rhthyms annual show, he was awarded the Harvard Foundations Artist of the Year Award. He was also given the key to the city of Cambridge, Massachusetts, by Mayor Kenneth Reeves, honoring his abilities as an actor, an entertainer and for being a great humanitarian. In the city of Cambridge, Massachusetts, February 24th has been declared "Laurence Fishburne Day." 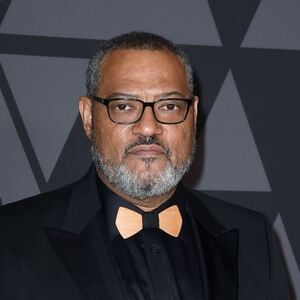