What is Lauren Ridloff's Net Worth and Salary?

Lauren Ridloff is a deaf American actress who has a net worth of $2 million. Lauren Ridloff is most well-known for her roles in "The Walking Dead" "Eternals," as well as the Broadway play, "Children of a Lesser God."

Ridloff was born on April 6, 1978 in Chicago, Illinois. Her father, Hugo, is a Mexican-American musician who also worked as a counselor at the University of Illinois at Chicago. Her mother is African-American and worked as an artist. Ridloff was born deaf to two hearing parents, though her parents initially thought she had a developmental delay. They learned she was deaf at the age of two. They then learned sign language and enrolled her in a school with hearing children, where she performed well. At the age of 13, she decided to stop using her voice so people would not judge her intelligence on the basis of her vocal skills.For high school, Ridloff attended the Model Secondar School for the Deaf in Washington, DC. There, she began exploring the arts, including ceramics and drama. She played the character of Dorothy in a production "The Wiz." She also was on the cheerleading team and became one of the first deaf American cheerleaders to compete internationally.

Following high school, Ridloff attended California State University, Northridge. The university attracted a large number of dead and hard-of-hearing students because it was home to the National Center on Deafness. She majored in English and also studied creative writing. During this time, she also joined a local deaf performing group and began hip-hop dancing.

She graduated from college in 2000 and began working in a program for secondary students who were also deaf. She decided to compete in the Miss Deaf America competition hosted by the National Association of the Deaf. She first won Miss Deaf Illinois before moving on to the national competition, which she also won. One of her performances in the competition included an ASL performance of the book "The Giving Tree" by Shel Silverstein. She then toured for the next couple of years as a spokesperson for the National Association of the Deaf (NAD).

After this period, she then enrolled at Hunter College in New York in order to study education. She hoped to become an author of children's books. Ridloff earned her Master's Degree in Education in 2005 and began working as a kindergarten and first grade teacher in Manhattan. She remained involved with the deaf community, acting in community theater and helping friends with film projects. 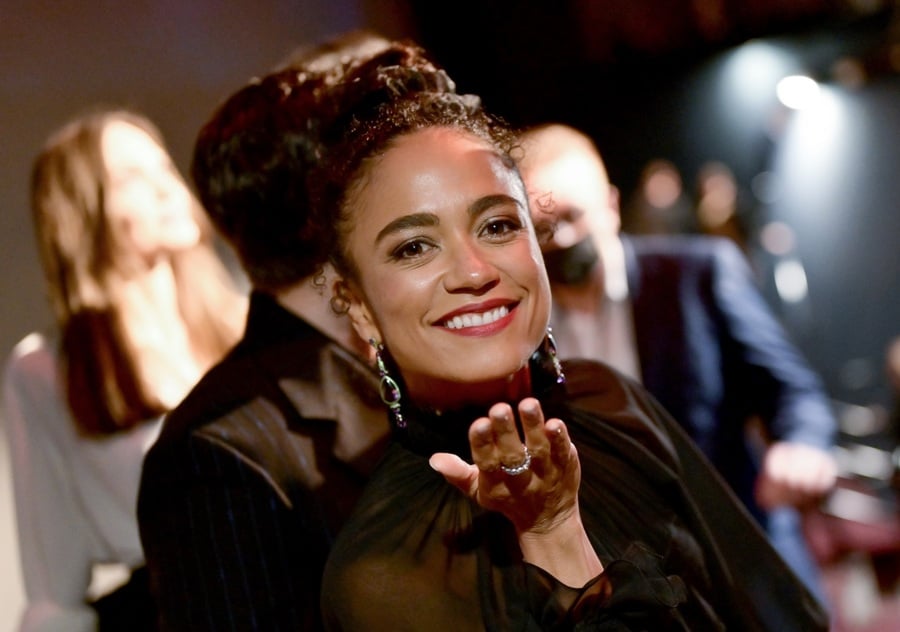 Ridloff began her professional acting career relatively late in life. She first had a small role in the 2017 film, "Sign Gene: The First Deaf Superheroes." She also joined the cast of the 2017 film, "Wonderstruck" though she was originally hired as a consultant before being cast in a small role. Around this time, she appeared in the lyric video for the song "Love Me Now" by John Legend.

Her big break came when she was hired by director Kenny Leon when he began working on a revival of the 1980 play, "Children of a Lesser God." Ridloff was brought on to tutor him in American Sign Language. By the time Leon had cast the male lead in the play, he had been working with Ridloff for over a year. At one point, he asked her to substitute at a read-through for the lead female role and was so impressed with her performance that he offered her the role. Ridloff had a hard time using her voice as it had been so many years since she had used it regularly. After working with a vocal coach, she felt more at ease. The play initially ran at the Berkshire Theatre Group in Massachusetts before premiering on Broadway in April of 2018. Though the play itself did not charm critics, Ridloff's individual performance did. She received a nomination in the Best Actress category at the 72nd Tony Awards.

Ridloff also submitted an audition tape to be cast in the series, "The Walking Dead," in 2018. She had been a fan of the show since 2010 and was cast in the series' ninth season, which premiered in October of 2018. She had a recurring role in the ninth season and a then a starring role in the 10th season. In 2020, Ridloff received the SAG-AFTRA Harold Russell Award at the 41st Media Access Awards. The same year, she also was selected as a Breakthrough Performer by the British Academy of Film and Television Arts.

In July of 2019, Ridloff was cast in the Marvel superhero film, "Eternals," as the superhero Makkari. The film premiered in 2021 and marks the first deaf superhero in the Marvel Cinematic Universe.

In 2006, Ridloff married Douglas Ridloff. The two have had two sons who were both born death. At the time, Ridloff was teaching full time. After the birth of her sons, she left her teaching job in order to take care of them. The family maintains a residence in Williamsburg, Brooklyn in New York. 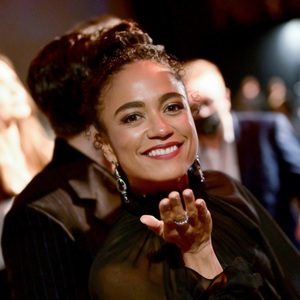