Lauren Lee Smith Net Worth: Lauren Lee Smith is a Canadian actress who has a net worth of $8 million dollars. Lauren Lee Smith was born June 19, 1980 in Vancouver, British Columbia, Canada. The stepdaughter of a documentary filmmaker, Lauren traveled around the world with her family. When she was 14 years old her family moved to Los Angeles, California where she began a modeling career.

Lauren Smith is the cousin of actor Myles Ferguson, a young actor who died in a car accident in 2000 at the age of 19. Miles was best known as Kenny of the television series Highlander in 1994 and in 1995. His final role was as Scott Linton for the first season of the teenage soap opera Edgemont in 2000. At the age of 19, Lauren Smith was cast in a featured role in the remake of Get Carter. She also appeared in such works as Christy: Return to Cutter Gap, Christy: A Change of Seasons and Christy: A New Beginning. She starred in the show Mutant X, where she played the character of Emma deLauro and guest-starred in episodes of Dead Zone, The Twilight Zone, and Blade: The Series and others. Smith also had a recurring role in the Showtime drama series The L Word, portraying sous-chef Lara Perkins. In 2005, Smith was cast in the sexually explicit movie Lie with Me, where she played the character of Leila. In 2006, Smith landed a role on the Canadian drama Intelligence and in early 2007 she starred in the CBC mini-series Dragon Boys. In 2008, Lauren starred in the film Pathology and became a series regular in the ninth season on the CBS hit show CSI: Crime Scene Investigation. She joined the show Grissom as Riley Adams, a smart, flirtatious and witty non-conformist who enters law enforcement to rebel against her judgmental psychiatrist father. Due to creative differences on the show, the character did not return for the tenth season. 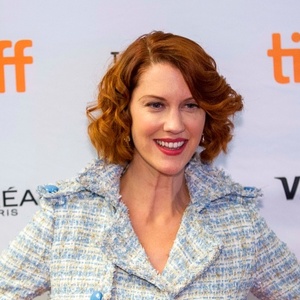