Lauren Lapkus net worth: Lauren Lapkus is an American actress and comedian who has a net worth of $1 million. She is probably best-known for appearing in television shows such as Orange is the New Black, Clipped and Crashing and films like Jurassic World. She is also a frequent and popular podcast guest.

Lauren Lapkus was born in Evanston, Illinois in September 1985. She graduated from DePaul University and then moved to New York City for a year before moving to Los Angeles, California to pursue her acting career. In 2012 Lapkus starred as Dee Dee in the television series Are You There, Chelsea?. From 2013 to 2014 she starred as Susan Fischer in the series Orange Is the New Black. In 2015 she starred as Joy in the TV series Clipped. Lapkus has also had recurring roles in the TV series The Parent Project, Video Game Reunion, House of Lies, and Key and Peele. She has starred in the movies Dreamworld, Are You Here, The To Do List, Bread and Butter, Blended, and Jurassic World. Lapkus has also been featured on many podcasts including Comedy Bang! Bang!, With Special Guest Lauren Lapkus, and Thrilling Adventure Hour. In 2015 she won a Screen Actors Guild Award for Orange Is the New Black. 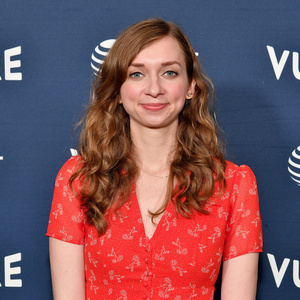