What is Lauren Holly's Net Worth?

Lauren Holly is an American actress who has a net worth of $8 million. Lauren Holly is best known for her roles on the television series "Picket Fences," "NCIS," and "Motive." On the big screen, she is known for her performances in such films as "Dumb and Dumber," "Beautiful Girls," and "What Women Want." Holly's other credits include the films "Any Given Sunday," "The Final Storm," and "The Blackcoat's Daughter," and the television shows "Chicago Hope," "Designated Survivor," and "Family Law."

Lauren Holly was born on October 28, 1963 in Bristol, Pennsylvania. Her mother, Michael, is an art historian at the Sterling and Francine Clark Art Institute, while her father, Grant, is a screenwriter and professor at Hobart and William Smith Colleges in Geneva, New York. Holly has a younger brother named Nick, and had another younger brother named Alexander who passed away in 1992. As a teen, she went to Geneva High School, where she was on the cheerleading team. Holly then attended Sarah Lawrence College in Yonkers, graduating with a BA in English in 1985.

Holly began acting at the age of 20 in 1984, when she appeared in two episodes of the police procedural series "Hill Street Blues." The following year, she was in the television film "Love Lives On." In 1986, Holly appeared on the crime drama series "Spenser: For Hire," and was in several episodes of the daytime soap opera "All My Children." She didn't return to the small screen until 1990, when she played Betty Cooper in the television film "Archie: To Riverdale and Back Again," and appeared in two episodes of the sitcom "My Two Dads." Holly landed her breakthrough role in 1992, when she began playing Deputy Sheriff Maxine Stewart on the CBS drama series "Picket Fences." The show ran for four seasons through 1996. Following this, from 1999 to 2000, Holly had a main role in the final season of the medical series "Chicago Hope," playing plastic surgeon Jeremy Hanlon.

Holly kicked off the 2000s with roles in the television films "Destiny" and "Jackie, Ethel, Joan: The Women of Camelot," in which she portrayed Ethel Kennedy. Next, she appeared in episodes of the sitcom "Becker" and the medical drama "Providence," and then appeared in the television films "King of Texas," "Living with the Dead," "Santa Jr.," and "Just Desserts." Holly had her next main role in a series from 2005 to 2008, during which time she played NCIS Director Jenny Shepard in seasons three through five of the police procedural "NCIS." Her subsequent credits included the television films "Before You Say I Do" and "Too Late to Say Goodbye."

In 2010, Holly was in episodes of "Covert Affairs" and "Flashpoint," as well as the television films "The Town Christmas Forgot" and "Call Me Mrs. Miracle." The same year, she began a voice role on the animated children's series "The Adventures of Chuck & Friends." Holly was next in episodes of such shows as "Rookie Blue," "Lost Girl," and "Alphas," before appearing in the television films "Layover" and "Do No Harm." From 2013 to 2016, she played the main role of Dr. Betty Rogers on the Canadian police procedural series "Motive." Holly followed this with two Hallmark movies, "A Country Wedding" and "My Summer Prince," and then appeared in episodes of "Lucifer" and "Good Witch." In 2019, she joined the third season of the police thriller "Designated Survivor" in the recurring role of Lynn Harper. Subsequently, Holly played the main role of Monique Dubois on the short-lived Netflix streaming series "Tiny Pretty Things," and the recurring role of Joanne Kowalski on the Canadian drama "Family Law." 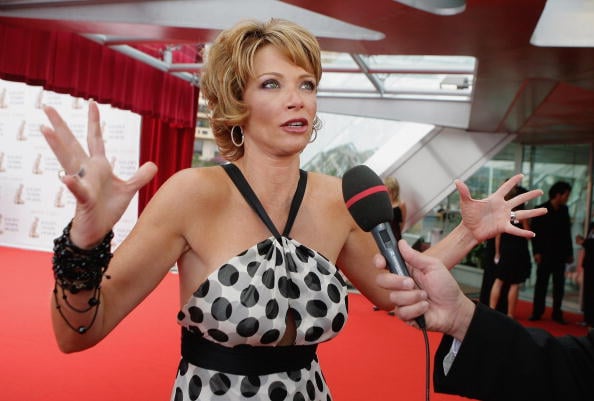 Holly made her feature film debut in 1985 in the teen drama "Seven Minutes in Heaven." The year after, she had a starring role in the neo-noir thriller "Band of the Hand." Holly was subsequently in the action films "The Adventures of Ford Fairlane" and "Live Wire." In 1993, she had a notable role portraying Linda Lee, the wife of martial artist Bruce Lee, in the biographical drama "Dragon: The Bruce Lee Story." Holly had another memorable role the next year, playing the love interest of Jim Carrey's character in the buddy comedy "Dumb and Dumber." A string of other credits in major movies followed, including Sydney Pollack's 1995 remake of "Sabrina"; the romantic dramedy "Beautiful Girls"; the submarine comedy "Down Periscope"; the action thriller "Turbulence"; and the romcom "A Smile Like Yours," in which she starred opposite Greg Kinnear. Closing out the 90s, Holly had a leading role in "No Looking Back" and a supporting part in Oliver Stone's sports drama "Any Given Sunday."

In 2000, Holly appeared in Burt Reynolds' "The Last Producer" and Nancy Meyers' fantasy romcom "What Women Want." Her subsequent credits were "In Enemy Hands," "The Chumscrubber," "Down and Derby," "The Godfather of Green Bay," "Fatwa," "The Pleasure Drivers," "Raising Flagg," "The Least Among You," and "The Perfect Age of Rock 'n' Roll." In 2010, Holly had a leading role in Uwe Boll's apocalyptic thriller "The Final Storm." A few years later, she starred opposite Keith David, Jason Isaacs, David Arquette, Nolan Gould, and her former "Picket Fences" costar Tom Skerritt in the war drama "Field of Lost Shoes." Holly was subsequently in the family drama "Marshall the Miracle Dog," the romantic dramedy "After the Ball," and the supernatural horror film "The Blackcoat's Daughter." In 2019, she appeared in the Canadian films "Tammy's Always Dying" and "The Cuban."

Holly has been married multiple times. Her first husband was actor Danny Quinn, to whom she was wed from 1991 until their divorce in 1993. The following year, Holly met actor Jim Carrey while auditioning for "Ace Ventura: Pet Detective," and developed a relationship with him while filming "Dumb and Dumber." The pair married in 1996, and divorced in 1997. Holly subsequently wed investment banker Francis Greco in 2001; they adopted three sons named Henry, George, and Alexander. The pair later divorced in 2014.

In 2008, Holly became a Canadian citizen. She resides with her three sons in Oakville, Ontario. 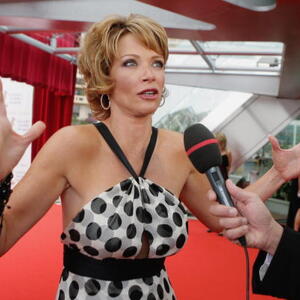