Early Life: Lauren Graham was born Lauren Helen Graham on March 16, 1967, in Honolulu, Hawaii. Her father, Lawrence Graham, is a lobbyist for the candy industry who has served as president of the National Confectioners Association, and her mother, Donna Grant, worked as a fashion buyer. During her youth, Lauren lived in Japan (where her mother, the daughter of a missionary, grew up) while her father was working at the United States Agency for International Development in Vietnam. When Graham was 5 years old, her parents  divorced, and Lauren moved to the Virginia suburbs with her father, who was a congressional staffer in Washington, D.C. Graham's mother moved to London to pursue a career in the arts, and she spent the rest of her life there; Donna passed away in 2005 at the age of 61. Lauren has a half-sister on her mother's side and a half-brother and half-sister on her father's side.

Graham participated in competitive horse riding as a teenager, then switched her focus to acting. She attended Langley High School, where she was a member of the drill team. She graduated in 1984, and more than three decades later, Graham gave the keynote speech at Langley's 2017 commencement ceremony. Lauren enrolled at New York University, then transferred to Barnard College, graduating with a Bachelor of Arts degree in English Literature in 1988. That year she also earned her actor's Equity Card after taking part in summer stock at Michigan's Barn Theatre for two years. In 1992, Graham moved to Texas and enrolled at Southern Methodist University, where she earned a Master of Fine Arts degree in Acting Performance.

Career: After earning her MFA, Lauren returned to New York City and began working as a waitress and SAT prep tutor. In the early 1990s, she was hired to dress up as Striker the dog, the FIFA World Cup mascot, for publicity appearances at a New York convention center for $300 per day. Graham moved to Hollywood in 1995 and appeared in commercials for Lean Cuisine and Dimetapp; she also hosted The Movie Channel's free preview weekends. In 1994, she guest-starred on the soap opera "All My Children," and in 1995, she began a five-episode stint on NBC's "Caroline in the City." In 1996, Lauren played Liz Gibson on the CBS series "Good Company" and Denise Garibaldi Callahan on ABC's "Townies," and the following year, she made her big screen debut in the horror film "Nightwatch," guest-starred on "Law & Order" and "Seinfeld," and had a recurring role on "NewsRadio." She then appeared in the films "Confessions of a Sexist Pig" (1998), "One True Thing" (1998), and "Dill Scallion" (1999) and starred as Molly Davenport on NBC's "Conrad Bloom." 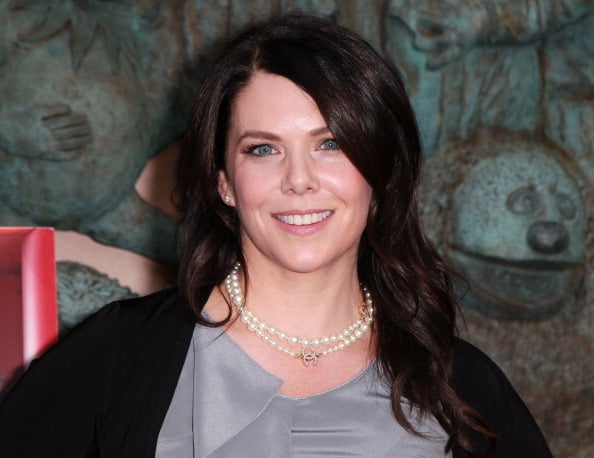 In 2000, Graham was cast as Lorelai Gilmore on "Gilmore Girls," a role that earned her nominations from the Golden Globes and Screen Actors Guild Awards. The series aired 153 episodes over seven seasons on The WB and The CW and was revived in 2016 for the Netflix miniseries "Gilmore Girls: A Year in the Life." While starring on "Gilmore Girls," Lauren appeared in several films, including "Sweet November" (2001), "The Third Wheel" (2002), "Seeing Other People" (2004), "Lucky 13" (2005), and "Because I Said So" (2007). She also co-starred with Billy Bob Thornton in 2003's "Bad Santa" and with Steve Carell and Morgan Freeman in the 2007 "Bruce Almighty" spin-off "Evan Almighty." In 2009, Graham made her Broadway debut in a Nederlander Theatre revival of "Guys and Dolls," appeared in the films "Flash of Genius" and "The Answer Man," and voiced Fran Lockwood in "Cloudy with a Chance of Meatballs," which grossed $243 million at the box office.

In 2010, Lauren co-starred with Zach Galifianakis, Jim Gaffigan, and Viola Davis in the film "It's Kind of a Funny Story" and began playing Sarah Braverman on the NBC series "Parenthood." Her "NewsRadio" co-star Maura Tierney had originally been cast in the role, but she left the show to undergo cancer treatments. Based on the 1989 Steve Martin film of the same name, "Parenthood" aired 103 episodes over six seasons. In 2014, Graham co-starred with Joel McHale, Robin Williams, Candice Bergen, and Wendi McLendon-Covey in "A Merry Friggin' Christmas," then she appeared in the films "Max" (2015), "Joshy" (2016), and "Middle School: The Worst Years of My Life" (2016). She guest-starred on "Web Therapy" (2014), "The Odd Couple" (2015), and "Curb Your Enthusiasm" (2017), and from 2017 to 2018, she voiced Oxana Hauntley on the Disney Channel series "Vampirina." From 2020 to 2021, Lauren played Joan on NBC's "Zoey's Extraordinary Playlist," and in 2021, she began starring on the Disney+ series "The Mighty Ducks: Game Changers."

Personal Life: In 2010, Lauren began a relationship with her "Parenthood" brother Peter Krause. They live in Los Angeles, next door to Graham's other "Parenthood" brother Dax Shepard and his wife, "Veronica Mars" and "The Good Place" star Kristen Bell. In the mid-1990s, Lauren and actress Connie Britton were roommates, and on a 2013 episode of "Watch What Happens Live," Graham revealed, "We lived in an empty house that we weren't supposed to be living in. We had no furniture and all we ate were Rice Krispies Treats."

Real Estate: In 2014, Graham paid $570,000 for a one-bedroom, one-bathroom apartment in the Greenwich Village neighborhood of NYC, and she renovated the home with the help of interior designer Eric Hughes. She sold the apartment for $825,000 in May 2018. 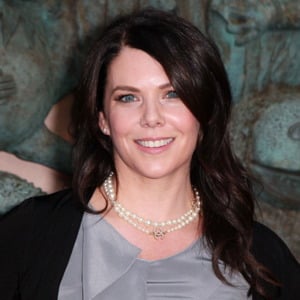