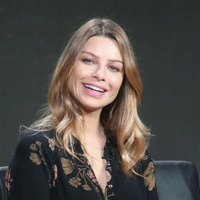 Lauren German Net Worth and Salary: Lauren German is an American actress who has a net worth of $4 million. She is best known for her roles the television series Hawaii Five-O, Chicago Fire/Chicago P.D. and Lucifer. She also appeared in the 2007 film Hostel: Part II the 2011 film The Divide.

Lauren German was born November 29, 1978 in Huntington Beach, California. She grew up with a passion for theater and acting. German attended The School of Theater at the Orange County High School of the Arts and went on to study at the University of Southern California. German made her stage debut playing the lead roles in both Peter Pan and Oliver. Her breakout role was in the 2002 hit A Walk to Remember, in which she starred alongside Mandy Moore and Shane West. German followed this up with A Midsummer Night's Rave, which was an adaptation of William Shakespeare's play.

Her additional big screen credits include the post-apocalyptic thriller The Divide; Dark Country alongside the film's director and co-star, Thomas Jane; Eli Roth's Hostel II, where she was cast in the female lead and also performed her own stunts; the remake of the famous horror film The Texas Chainsaw Massacre; Daryl Goldberg's independent comedy Made for Each Other; Rodger Grossman's biopic What We Do Is Secret, chronicling punk legend Darby Crash, where she worked opposite Shane West and Bijou Phillips; Spin, a romantic comedy written and directed by Henry Pincus. Her other television credits include Happy Town; a guest star role in Memphis Beat; Human Target; 7th Heaven; Sex, Love and Secrets. In 2001, German was selected as the world's 47th sexiest woman in Maxim.