Lauren Francesca net worth: Lauren Francesca is an American actress, musician, and internet personality who has a net worth of $1 million. Lauren Francesca's parents both appeared on Broadway. At 10 years old Lauren performed for more than 500,000 people at the Washington Monument. She graduated from the New York Institute of Technology.

She has starred in many television commercials for brands like MTV, AT&T, Comedy Central, and Spike TV. Francesca studied improv with the Upright Citizens Brigade. She is known for her YouTube videos from CollegeHumor, Barely Political, Epic Meal Time, Jacksfilms, Phillip DeFranco, Indy Mogul, Bo Burnham, Ninja Sex Party, Mondo Media, and Break Media. As a singer she has released the singles "Hottie" and "Comic Con Anthem" and in 2013 she released her music video "Pay My Rent". Francesca is the star of her YouTube channel iwantmylauren. 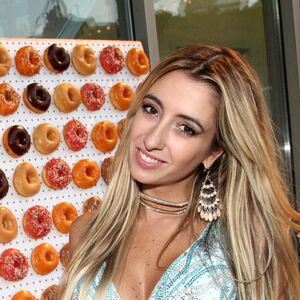