Lauren Collins net worth: Lauren Collins is a Canadian actress who has a net worth of $3 million. Lauren Collins was born in Thornhill, Ontario, Canada in August 1986. She is best known for starring as Paige Michalchuk on the television series Degrassi: The Next Generation. From 2000 to 2001 she starred as Brooke Lanier in the TV series In a Heartbeat.

Collins starred as Paige Michalchuk in the series Degrassi: The Next Generation from 2001 to 2008. From 2006 to 2009 she starred as Kendra in the television series Life with Derek and from 2007 to 2009 she starred as Alicia O'Sullivan in the TV series The Best Years. Collins reprised the role of Paige Michalchuk for the series Degrassi: Minis from 2005 to 2011. In 2013 she starred as Rebecca Foster in the television series Murdoch Mysteries: Nightmare on Queen Street and as Lucy in the TV series Long Story, Short. From 2014 to 2015 Collins starred as Paige in the series The Day My Butt Went Psycho!. Collins won a Young Artist Award in 2002 for Best Ensemble in a TV series (Comedy or Drama) for Degrassi: The Next Generation. 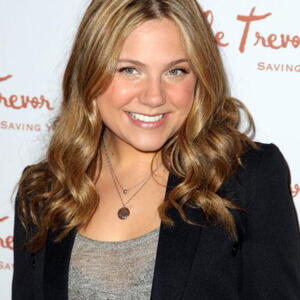