Lauren Chapin net worth: Lauren Chapin is an American former child actress who has a net worth of $6 million. Lauren Chapin was born in Los Angeles, California in May 1945. She is best known for starring as Kathy Anderson in the television series Father Knows Best from 1954 to 1960. Chapin also appeared in episodes of the TV series The Bob Hope Show, Lux Video Theatre, Fireside Theatre, General Electric Theater, and School Bus Diaries.

She also appeared in the movies A Star Is Born, Tension at Table Rock, When Sex Was a Knightly Affair, The Father Knows Best Reunion, Father Knows Best: Home for Christmas, and Scout's Honor. Her older brothers Billy and Michael Chapin were also child stars. Lauren co-authored the book Father Does Know Best: The Lauren Chapin Story in 1989 and is an ordained Christian evangelist. 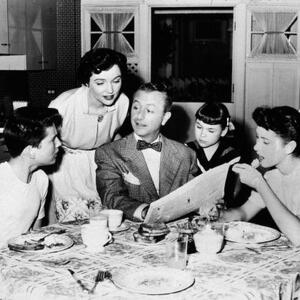