Lauren Bowles Net Worth: Lauren Bowles is an American actress who has a net worth of $2.5 million. Lauren Bowles was born in Washington, D.C. in March 1973. Lauren's half-sister is actress Julia Louis-Dreyfus. Bowles studied drama at New York University. She made her television debut in 1996 in the series Townies. The same year she starred in the TV movie The Uninvited. She made her film debut in the 1997 movie George of the Jungle. From 1991 to 1998 Bowles had a recurring role as a waitress on the TV series Seinfeld. From 2002 to 2003 she starred as Susan in the series Watching Ellie. One of her best known roles has come starring as Holly Cleary in the TV series True Blood since 2010. Bowles has also starred in the movies Ghost World, Spartan, Art School Confidential, The Heartbreak Kid, Dance Flick, Hall Pass, Gone Missing, and The Starving Games. She has also appeared in episodes of the TV series Ally McBeal, Judging Amy, NCIS, Arrest Development, Grey's Anatomy, CSI: NY, Still Standing, Without a Trace, Veronica Mars, Criminal Minds, ER, Cold Case, Curb Your Enthusiasm, and The Closer. 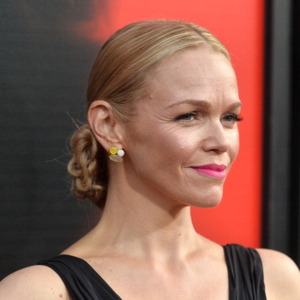