What was Lauren Bacall's Net Worth?

Lauren Bacall was an American actress who had net worth of $50 million dollars at the time of her death. Lauren Bacall was among the most famous stars of Golden Age Hollywood cinema. After making her film debut at the age of 19 opposite Humphrey Bogart in "To Have and Have Not," she went on to appear in other noir films with Bogart such as "The Big Sleep," "Dark Passage," and "Key Largo." Bacall's other notable credits include the films "How to Marry a Millionaire," "Written on the Wind," "The Shootist," and "The Mirror Has Two Faces," and the Broadway musicals "Applause" and "Woman of the Year."

Lauren Bacall was born as Betty Joan Perske on September 16, 1924 in the Bronx borough of New York City. She was the only child of Jewish parents Natalie, who worked as a secretary, and William, who worked in sales. When Bacall was five, her parents divorced; she subsequently lived with her mother. Bacall attended Highland Manor Boarding School for Girls in Tarrytown, New York, and then Julia Richman High School in Manhattan.

In 1941, Bacall took lessons at the American Academy of Dramatic Arts in Manhattan, where she was classmates with actor Kirk Douglas. During this time, she also worked as a theater usher as well as a fashion model. In the latter role, Bacall appeared on the cover of Harper's Bazaar, and in magazines including Vogue. Her covergirl appearance soon caught the attention of Nancy "Slim" Keith, the wife of Hollywood director Howard Hawks. Keith urged her husband to give Bacall a screen test for his forthcoming film, "To Have and Have Not."

Upon meeting Howard Hawks in Hollywood, Bacall was signed to a seven-year contract. She subsequently made her feature film debut in "To Have and Have Not," loosely based on the Ernest Hemingway novel. Starring opposite Humphrey Bogart, the actress was launched to instant stardom for her sultry portrayal of Marie "Slim" Browning. In the film, Bacall utters one of the most famous lines in movie history: "You know how to whistle, don't you, Steve? You just put your lips together and blow." Following this star-making role, Bacall starred opposite Charles Boyer in the spy film "Confidential Agent," which was unable to match her prior success. However, she quickly bounced back in 1946, when she reunited with Hawks and Bogart for the film noir "The Big Sleep." Bacall soon became known as a film noir icon, starring alongside Bogart in such classics of the genre as "Dark Passage" and "Key Largo."

In 1950, Bacall starred opposite Gary Cooper in "Bright Leaf" and opposite Kirk Douglas and Doris Day in "Young Man with a Horn." A few years later, she had one of her most memorable parts as gold-digger Schatze Page in the box-office smash "How to Marry a Millionaire," the first CinemaScope comedy. She followed this with another CinemaScope comedy, "Woman's World," which was less successful. In 1955, Bacall starred in two major movies: Vincente Minnelli's drama "The Cobweb" and William A. Wellman's Cold War adventure film "Blood Alley." The next year, the actress gave one of her most acclaimed performances in Douglas Sirk's "Written on the Wind." She closed out the decade with the romantic comedy "Designing Woman," the romantic drama "The Gift of Love," and the British adventure film "North West Frontier."

Bacall was less prolific on film in the 60s and 70s. During these decades, her credits included the neo-noir drama "Shock Treatment"; the comedy "Sex and the Single Girl"; the mystery films "Harper" and "Murder on the Orient Express"; and the Western "The Shootist," which was John Wayne's final film. In the 80s, Bacall was in such films as Robert Altman's ensemble comedy "HealtH," the psychological thriller "The Fan," the mystery film "Appointment with Death," and the drama "Tree of Hands." Bacall had something of a resurgence the next decade, appearing early on in "Misery," "A Star for Two," and "Prêt-à-Porter." She had one of her biggest successes in 1996, when she received her first and only Academy Award nomination for her supporting performance in Barbra Streisand's "The Mirror Has Two Faces." Bacall followed this with roles in such films as "My Fellow Americans," "Day and Night," "Diamonds," "The Venice Project," and "Presence of Mind."

Bacall had another mini-renaissance in the 2000s, when she appeared in such high-profile art films as "Dogville," "Birth," and "Manderlay." She also lent her voice to the English-language dub of the animated film "Howl's Moving Castle," and costarred in Paul Schrader's "The Walker." Bacall had her final film role in 2012, playing the character Anne-Marie Cole in the drama "The Forger." 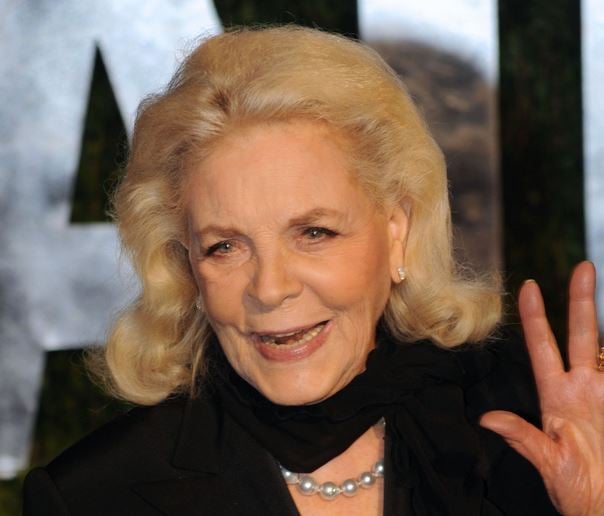 On the small screen, Bacall made appearances on shows such as "Dr. Kildare," "Mr. Broadway," "The Rockford Files," "Chicago Hope," and "The Sopranos." She was also in numerous television films, including "Perfect Gentlemen," "A Little Piece of Sunshine," "The Portrait," "A Foreign Field," "From the Mixed-Up Files of Mrs. Basil E. Frankweiler," and "Empire State Building Murders." Additionally, she starred in the titular role in the 1999 miniseries "Too Rich: The Secret Life of Doris Duke."

Bacall made her theatrical debut with a walk-on role in 1942's "Johnny 2×4," and followed it with a bit part in "Franklin Street" the same year. She didn't return to the stage until 1959, when she had a starring role in "Goodbye Charlie." Bacall went on to have a successful theatrical career, appearing in "Cactus Flower" in 1965 and in the Broadway and West End productions of "Applause" in 1970. For the latter show, she won her first Tony Award. She next appeared in "Wonderful Town" in 1977, and in 1981, won another Tony Award for "Woman of the Year." Bacall's other stage credits include "Sweet Bird of Youth," "The Visit," and a revival of Noël Coward's "Waiting in the Wings," her final play.

In 1945, Bacall married Humphrey Bogart. Together, they had a son named Stephen and a daughter named Leslie. The two remained together until Bogart's passing in 1957. Subsequently, Bacall became romantically involved with Frank Sinatra for a time. Following this, she met and started dating Jason Robards. The couple was repeatedly denied a marriage license due to documentation issues, but eventually married in Ensenada, Mexico in 1961. Bacall and Robards had a son named Sam. They later divorced in 1969.

Bacall passed away on August 12, 2014 in her Upper West Side Manhattan apartment, one month shy of her 90th birthday.

In 1961, Lauren paid $48,000 for a unit in New York City's famous Dakota building. Just two weeks after her death, Lauren's family finalized a sale of the unit. The final sale price was $23.5 million.

Bacall was known to be an avid antiques collector, and filled the rooms of her home with treasures from all over. In April 2015, several months before her death, Lauren and her family held an auction of her collection to clear out the apartment for a potential buyer. The auction brought in more than $3.6 million. 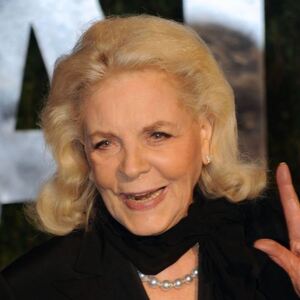