Holloman soon began taking classes in art at The San Francisco Art Institute and the University of California at Los Angeles with a special emphasis on painting. Holloman made her film debut as Roxanne in "The Price of Love" in 1995 before appearing in the feature film "The Incredibly True Adventure of Two Girls in Love" as Randy Dean. She went on to score parts in "Blossom Time", "Boogie Nights", "The Myth of Fingerprints", "Dying to Belong", "Tumbleweeds", "Loser Love", and "Popcorn Shrimp" before making her last movie appearance to date in 2002's "Alone" as Charlotte. In 2004, Holloman starred as Tina Kennard in the hit series "The L Word" until 2009. She appeared in 70 episodes and won a Satellite Award for Best Actress in a TV Drama Series. Holloman has also had parts on "That's Life", "Angel", "Castle", and "Gigantic". In addition to her acting, Holloman has a successful painting career. She's held several art shows, including one in Venice, Italy, and another in Berlin, Germany. She married her husband Paul Macherey in 2002 and they had one biological and one adopted daughter together before their 2012 divorce. 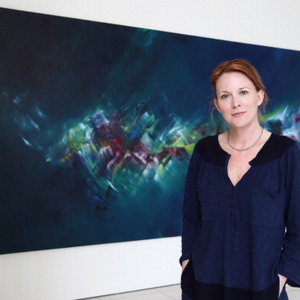