Lauralee Bell net worth: Lauralee Bell is an American actress who has a net worth of $200 million. Lauralee Bell was born in Chicago, Illinois in December 1968. Her parents William J. Bell and Lee Phillip Bell were extremely successful soap opera show creators. The Bells created both The Young and the Restless and The Bold and the Beautiful.

Lauralee Bell is best known for starring as Christine Blair on the soap opera The Young and the Restless. She has starred on the show since 1985. She had also had a recurring role as Christine Blair on The Bold and the Beautiful in 2007. She married Scott Martin in 1997 and is the sister of Bradley Beal and the sister-in-law of Maria Arena Bell and Colleen Bell who all work on The Young and the Restless. Lauralee Bell has appeared in the movies Carpool Guy, Easy Rider 2: The Ride Home, and Deadly Expose. She has also appeared in episodes of the TV series Diagnosis Murder, Walker, Texas Ranger, Pacific Blue, and CSI: Miami. Bell won a Daytime Emmy Award in 2014 for Outstanding Special Class Short Format Daytime for mI promise. She has also won a Soap Opera Digest Award and a Young Artist Award for The Young and the Restless.

Real Estate: Laurelee's parents owned an impressive collection of homes, primarily in Los Angeles. They owned several homes in Malibu's exclusive gated community Malibu Colony. Billionaire casino magnate Sheldon Adelson bought one of the Bell homes in 2014 for $13.5 million. They at one point tried to sell a different home in the Colony for nearly $19 million. In July 2020 LeBron James paid an estimated $40 million for the family's Beverly Hills compound. 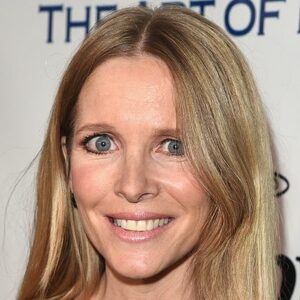