Laura Zapata net worth: Laura Zapata is a Mexican actress, singer, and dancer who has a net worth of $10 million. Laura Zapata was born in Mexico City, Mexico in July 1956. She is best known for starring in several Televisa productions. Zapata has starred in several television series including Mama Campanita, Juventud, Los anos felices, Rosa Salvaje, Maria Mercedes, Pobre Nina Rica, Esemeralda, La intrusa, Sonar no Cuesta Nada, Cuidado con el angel, Zacatillo, un lugar en tu Corazon, La Gata, and El bienamado. She has won two TVnNovelas Awards for Best Female Antagonist in both 1993 and 1998. Zapata and her sister Ernestina were kidnapped in 2002. Laura was released after 18 days and Ernestina was released after 34 days. Laura's half-sister Thalia is married to multi-millionaire Tommy Mottola which led to speculation the sisters were kidnapped for ransom. Zapata's niece Camila Sodi is a singer, actress, and model. 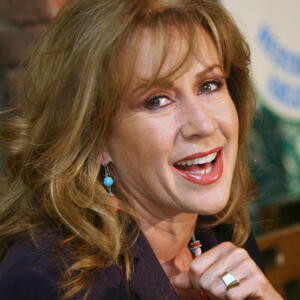