How much is Laura Spencer Worth?

Laura Spencer net worth: Laura Spencer is an American actress who has a net worth of $1 million. She is known for starring on the TV series The Lizzie Bennet Diaries, Bones, and The Big Bang Theory.

Laura Spencer was born in Oklahoma City, Oklahoma in May 1986. She has more than 50 acting credits to her name starting in 2009. Spencer had recurring roles on the TV series Jan as Vanessa in 2012 and Vanessa & Jan as Vanessa in 2012. She starred as Jane Bennet on the series The Lizzie Bennett Diaries from 2012 to 2013 and also played Jane Bennet on the television series The Lydia Bennett!! in 2012. Laura Spencer starred as Hollis M. Daly on the TV series Character from 2012 to 2013 and had a recurring role as Julie on the series Coffee Shop Squatters in 2013. From 2014 to 2017 she starred as Emily Sweeney on the television series The Big Bang Theory and as Jessica Warren on the TV series Bones. 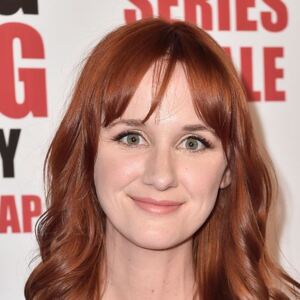