What is Laura San Giacomo's Net Worth and Salary?

Laura San Giacomo is an American actress who has a net worth of $4 million. She began her on-camera career in the late 80s, appearing in guest starring roles on such programs as "Spenser: For Hire," "Crime Story," "The Equalizer," and "Miami Vice."  Laura San Giacomo had her breakthrough role in the 1989 film "sex, lies, and videotape." She received a Golden Globe nomination for her work in the film, among other honors. Later, she became known for her main role on the NBC television sitcom "Just Shoot Me!" San Giacomo has also had notable roles in the films "Pretty Woman," "Under Suspicion," and "Checking Out," and on such television series as "Veronica Mars," "Saving Grace," "NCIS," and "Animal Kingdom."

Laura San Giacomo was born on November 14, 1962 in West Orange, New Jersey to John and MaryJo. She was raised in Denville Township. As a teen, San Giacomo went to Morris Knolls High School, where she first discovered acting. She went on to attend the Carnegie Mellon School of Drama in Pittsburgh, earning her BFA in 1984.

San Giacomo began her acting career on stage. In venues across the country, she appeared in such plays as "Wrong Turn at Lungfish," "Three Sisters," "Beirut," "Italian American Reconciliation," and multiple works by Shakespeare.

In 1989, San Giacomo rose to international fame with her first feature film role, playing Cynthia Bishop in Steven Soderbergh's acclaimed independent drama "sex, lies, and videotape." Winner of the Palme d'Or at the Cannes Film Festival, the film went on to garner San Giacomo the Independent Spirit Award for Best Supporting Female; she also earned Golden Globe and BAFTA Award nominations, among other accolades. Following this success, San Giacomo played the wisecracking roommate of Julie Roberts' character in the blockbuster 1990 romcom "Pretty Woman." The same year, she starred opposite Tom Selleck in the Western "Quigley Down Under," and appeared in the ensemble cast of the dramedy "Vital Signs."

In 1991, San Giacomo starred in the romantic dramedy "Once Around" and the erotic thriller "Under Suspicion." She next appeared in the crime drama "Where the Day Takes You" and the comedy "Nina Takes a Lover." San Giacomo was subsequently in "Stuart Saves His Family," "The Snow Queen," and "Suicide Kings." She closed out the decade with roles in "With Friends Like These…" and "Eat Your Heart Out." In the 00s, San Giacomo acted less frequently; her credits were "A House on a Hill," "Checking Out," and "Havoc." Since then, she has appeared in such films as "Least Among Saints," "Honey Boy," and "Violet." 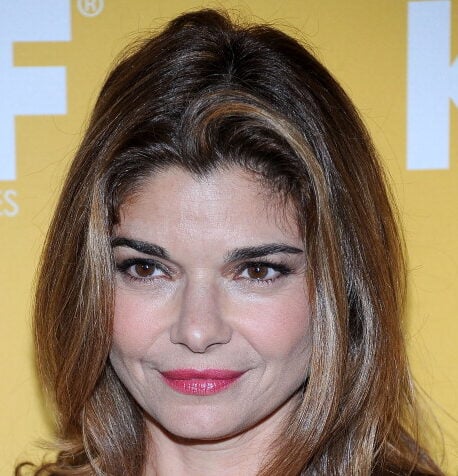 San Giacomo first appeared on television in a 1987 episode of the crime drama series "Spenser: For Hire." She was subsequently in episodes of other crime series such as "Crime Story," "The Equalizer," and "Miami Vice." San Giacomo had her biggest television role yet in 1994, playing Nadine Cross in the miniseries "The Stand," based on the eponymous Stephen King novel. The same year, she began voicing the character Fox on the animated series "Gargoyles." San Giacomo next appeared in an episode of the anthology series "Fallen Angels," and was then in the television film "The Right to Remain Silent."

In 1997, San Giacomo began playing her most famous television role: boisterous journalist Maya Gallo on the NBC sitcom "Just Shoot Me!" For all seven seasons of the show through 2003, she starred alongside David Spade, Wendie Malick, George Segal, and Enrico Colantoni.

San Giacomo had her next substantial role in 2006 on the teen mystery drama series "Veronica Mars," playing the recurring part of Harmony Chase. Following this, from 2007 to 2010, she played Rhetta Rodriguez on the crime drama series "Saving Grace," starring Holly Hunter. San Giacomo went on to appear in episodes of "In Plain Sight," "The Defenders," "Medium," "Hot in Cleveland," and "The Mentalist." Among her other notable credits, she had a recurring role on "NCIS" from 2016 to 2022, and another recurring role on "Animal Kingdom" from 2017 to 2018.

Beyond her acting, San Giacomo has been involved in philanthropic endeavors. She has appeared at the "Voices for Change" gala benefit event helping children with disabilities, and has also appeared at the "Friends Finding a Cure" gala to benefit Project ALS. Additionally, San Giacomo has been a keynote speaker at a number of conferences, including those for TASH and the Children's Neurobiological Solutions Foundation. For these and other philanthropic activities, she has received awards from the American Academy for Cerebral Palsy and Developmental Medicine; the non-profit organization Shane's Inspiration; and the women's magazine Redbook.

Laura San Giacomo resides in the San Fernando Valley in Los Angeles, California. She purchased her home in August 2000 for $885,000. Today the home is worth between $3 and $4 million. 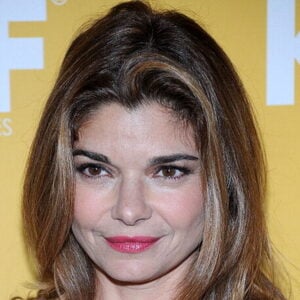