What is Laura Prepon's Net Worth?

Laura Prepon is an American actress who has a net worth of $12 million. She is best known for her role as Donna Pinciotti in all eight seasons of the Fox sitcom "That 70s Show". She is also known for the role of Alex Vause in the Netflix original series "Orange Is the New Black". She also played Hannah Daniels on the short-lived ABC drama "October Road". She has voiced characters in animated TV series such as "American Dad!" and "King of the Hill", as well as a character in the video game Halo 2. After "That 70s Show", Prepon worked mostly in television, guest-starring in episodes of "How I Met Your Mother", "Medium", and "Castle". In 2011, Prepon was cast in the lead role of Chelsea in the short-lived sitcom drama "Are You There, Chelsea?", based on Chelsea Handler's 2008 book "Are You There, Vodka? It's Me, Chelsea".

Prepon was born in Watchung, New Jersey on March 7, 1980. She was the last of five children born to Marjorie and Michael Prepon. Her mother worked as a high school teacher and was an avid cook while her father was an orthopedic surgeon. When Prepon was 13 years old, her father died while undergoing a heart surgery when he was 49 years old.

While studying theater in New York at Total Theatre Lab, Prepon began appearing in plays and theater productions, such as "A Woman of Property" and "Ascension Day." In her early career, she also worked as a model and booked shoots in cities in France, Italy, and Brazil.

In 1998, Prepon caught her big break when she was cast on the Fox sitcom, "That '70s Show" as the character of Donna. The show ran from 1998 to 2006 and Prepon remained on it for all seasons. During this time, Prepon also attended film school. She also continued to work on other projects, like the 2001 film "Southlander" and 2002 film "Slackers." In 2002, she also voiced a character in "Halo 2." She had a role in the independent drama film "The Pornographer: A Love Story" in 2004 and another role in the dark drama film, "Lightning Bug." During this time in her career, Prepon received a lot of fame and recognition and she was named one of the sexiest women in the world by "Stuff" magazine in 2002 and also made "Maxim" magazine's "Hot 100" in 2005.

In 2005, Prepon co-starred in the thriller film "Karla" along with Misha Collins. The film told the real life story of Paul Bernardo and his wife Karla Homolka, a couple who had kidnapped several girls and murdered them. The role was a new type of character for Prepon who was generally well-known for her light-hearted characters. She then starred in the drama "October Road" in 2007, though the series was cancelled a year later. Over the next few years, she appeared in projects like "Romancing the Bride," "In Plain Sight," and "Awkward Situations for Men." She also appeared in a number of episodes of the popular series "How I Met Your Mother." . 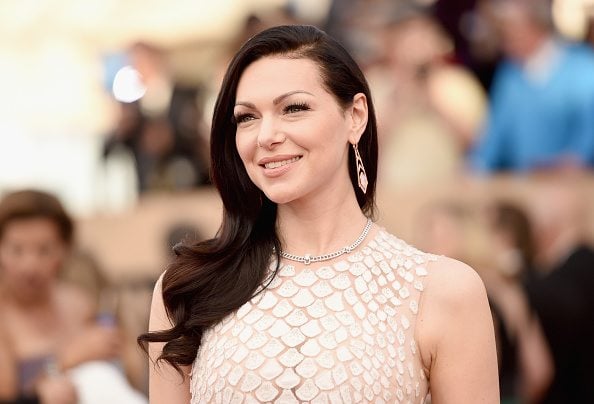 Prepon also began branching out from acting into other roles. She worked as an executive producer on several projects and also began taking directing classes at the Art Center College of Design. She directed a short film entitled "Abide with Me" and later said she had plans to eventually make it into a feature-length film.

In 2011, Prepon worked on a number of different projects. She appeared on an episode of "Castle" and also worked on a web series called "Neighbros," which she directed and edited. The series starred her then-boyfriend, Scott Michael Foster, and they were able to sell it to Comedy Central. In 2008, Prepon was cast as the title character in the NBC sitcom, "Are You There, Chelsea?" based on Chelsea Handler's 2008 book, "Are You There, Vodka? It's Me, Chelsea." The show was relatively short-lived and NBC cancelled it in 2012.

In mid-2012, Prepon landed another major role in the Netflix original comedy-drama series, "Orange is the New Black," a series based on the memoir by Piper Kerman describing her time in a women's prison. She played Alex Vause, one of the major characters in the first and third seasons, as well as several episodes of the second season.

In 2016, Prepon appeared in the thriller film "The Girl on the Train" based on the novel of the same name. The same year, she also published "The Stash Plan," along with nutritionist Elizabeth Troy. The book discusses health and wellness and Prepon's personal journey with organic foods. In 2017, Prepon starred in "The Hero" opposite of Sam Elliot. She also directed the tenth episode of  the fifth season of "Orange is the New Black."

Prepon was in a relationship with Christopher Masterson, her "That '70s Show" co-star's brother, from 1999 to 2007. After breaking up, she began dating Scott Michael Foster for several years but then announced in 2013 that they had broken up. 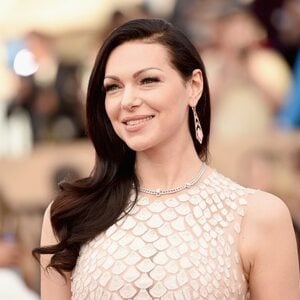