What is Laura Linney's Net Worth?

Laura Linney is an American actress and singer who has a net worth of $10 million. An accomplished actress in the theater world and in Hollywood, Laura Linney is extremely well-respected within the entertainment industry. She has a number of impressive credits under her belt, but more importantly, she tends to choose projects that win widespread critical acclaim.

Laura Leggett Linney was born on February 5th of 1964 in Manhattan, New York. Her father was Romulus Zachariah Linney IV, a well-known playwright and professor. Because of her family's background, acting and theater were always a major influence on Laura Linney's life, even from a young age.

After graduating from an elite preparatory high school in 1982, she went on to study acting at Brown University. Linney became intimately involved with the student theater group, and later took a role in Brown's theater production of one of her father's plays. After graduating from Brown in 1986, Linney continued her acting education at the famed Julliard School.

From the beginning of her acting career, the theater has been a major focus for Laura Linney. She is well known for appearing in numerous Broadway and off-Broadway productions, and her first major role was in Hedda Gabler in 1994. She won an award for this early role and later booked a part in Holiday in 1995.

Following her success as an actor in and outside of the theater world, Laura Linney booked another major role in the production of The Crucible at the Virginia Theater in 2002. She performed alongside Liam Neeson and was nominated for a Tony Award. She was also nominated for a Tony Award for her performance in 2004's Broadway production Sight Unseen.

In 2008, Laura Linney made waves with another performance in a Broadway production, this time with Les Liaisons Dangerueses. In 2010, she was nominated for a Tony Award for the third time when she starred in the Broadway production of Time Stands Still. Her fourth nomination for that elusive award came when she booked a role in another Broadway production, The Little Foxes. In 2018, she won widespread critical acclaim for her role in My Name is Lucy Barton, which debuted in London before a run on Broadway. 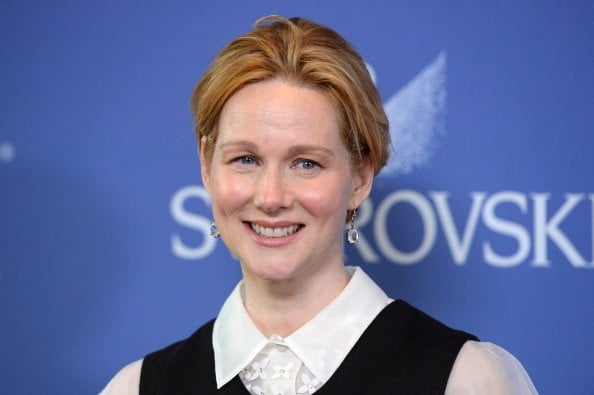 While Laura Linney was experiencing early success in theater, she was also establishing firm roots in the film industry. Her first roles came in the '90s, with movies like Lorenzo's Oil, Congo, and Primal Fear. The role that really put her on the map was in The Truman Show, in which she played the wife of Jim Carrey's character.

In 2000, Laura Linney was nominated for an Academy Award for Best Actress after her role in the critically acclaimed film You Can Count On Me. Laura Linney continued her streak of choosing excellent scripts when she appeared in 2003's Mystic River. She also took a role in Love Actually that year. In addition, Linney appeared in well-received films such as Kinsey and The Squid and the Whale. Next came roles in films like 2007's The Nanny Diaries and 2016's Sully and Genius.

Laura Linney began her television career with Tales of the City in 1993. This led to further roles in spin-offs of the series. She won an Emmy Award for her role in the series Wild Iris in 2002. One of her best-known recurring roles was in the series Frasier, and Linney once again won an Emmy Award for her work on this show. Her third Emmy win came with Angels in America, and she was later nominated for two Screen Actors Guild Awards for her role in Ozark, which debuted in 2017. 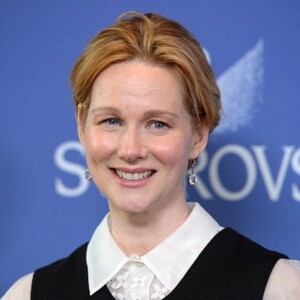