Laura Harris Net Worth: Laura Harris is a Canadian actress who has a net worth of $750 thousand dollars. Laura Harris was born November 20, 1976 in Vancouver, Canada. Laura Harris began acting professionally in CBC radio dramas at an early age. With a penchant for quirky, character-driven material, Harris is known for playing 1930's starlet Daisy Adair in Showtime's cult hit Dead Like Me (2003) with Mandy Patinkin and Callum Blue.

Her film work includes Robert Rodriguez's The Faculty (1998), Christopher Guest's A Mighty Wind (2003) and Chris Smith's comedic thriller Severance (2006) with Toby Stephens and Tim McInnerny. She also voiced the role of Kitty Pryde in Joss Whedon's Astonishing X-Men: Unstoppable (2012). She has also done voice-overs in animated TV shows including The New Adventures of Beany and Cecil, Darkstalkers and My Little Pony Tales. She also provided the voice for Selene in Underworld: Endless War, (along with all the other female voices). Her other television works include Showtime's The Outer Limits (1995), CTV's Defying Gravity (2009) with Ron Livingston and a SAG nominated turn in FOX's runaway hit 24 (2001), starring Kiefer Sutherland. Laura Harris is active in the food justice community, recently receiving a full scholarship for University of California, Berkeley to study social ecological systems design. She splits her time between Los Angeles and the Bay Area. She is sometimes credited as Elizabeth Harris and Laura E. Harris. 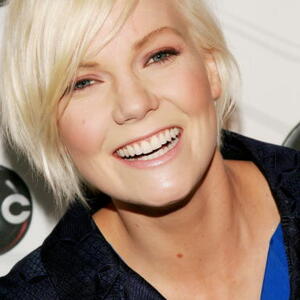