Laura Harring Net Worth: Laura Harring is a Mexican-born American actress and beauty queen who has a net worth of $5 million. Laura Elena Herring Martinez (aka Laura Harring) was born March 3, 1964 in Los Mochis, Mexico. In 1985, she became the first Latina woman crowned Miss USA. She is also known for her role as Rita in the 2001 film Mulholland Drive.

Her other well-known films include The Forbidden Dance (1990), John Q (2002), Willard (2003), The Punisher (2004), The King (2005) and Love in the Time of Cholera (2007). At age 16, she studied in Switzerland at Aiglon College, eventually returning to America and settling in El Paso, Texas where she entered the world of beauty pageants. Harring won the title of Miss El Paso USA, and soon after, Miss Texas USA, ultimately going on to win the title of Miss USA 1985. Harring spent the next year traveling through Asia, exploring Europe and working as a social worker in India. In 2006, Harring joined the cast of the FX critically acclaimed crime drama, The Shield, as defense attorney Rebecca Doyle. Between 2009 and 2010, she also had a recurring role as Evelyn Bass/Elizabeth Fisher in The CW series Gossip Girl. She guest-starred on Law & Order: Special Victims Unit in 2003, Law & Order: Criminal Intent in 2010, and NCIS: Los Angeles in 2012. In 1987, she married Count Carl-Eduard von Bismarck-Schönhausen, great-great-grandson of Otto von Bismarck. While she retains the title of Countess von Bismarck-Schönhausen, the couple divorced in 1989. 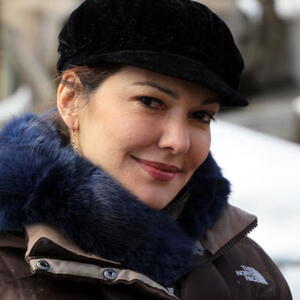