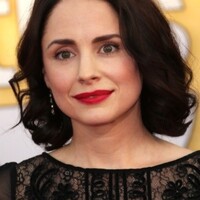 Laura Fraser net worth: Laura Fraser is a Scottish actress who has a net worth of $3 million. Laura Fraser was born in Glasgow, Scotland in July 1976. She was a member of the Scottish Youth Theatre and trained at the Royal Scottish Academy of Music and Drama. Fraser starred as Door in the TV mini-series Neverwhere in 1996. She had recurring roles as Cat MacKenzie in the TV series Lip Service from 2010 to 2012 and as Lydia Rodarte-Quayle in the series Breaking Bad from 2012 to 2013. In 2014 Fraser starred as Reagan Black in the television series Black Box. She has starred in the movies Small Faces, Left Luggage, The Man in the Iron Mask, Cousin Bette, Divorcing Jack, Virtual Sexuality, Whatever Happened to Harold Smith?, Titus, A Knight's Tale, Vanilla Sky, Den of Lions, Devil's Gate, 16 Years of Alcohol, Coney Island Baby, Land of the Blind, The Flying Scotsman, Cuckoo, The Boys Are Back, Flutter, and The Sisterhood of Night. Fraser won a Screen Actors Guild Award in 2014 for Breaking Bad and was nominated for a BAFTA Scotland Award in 2006.