What is Laura Dern's Net Worth?

Laura Dern is an actress and producer who has a net worth of $20 million. Laura Dern rose to prominence with her performances in the films "Mask," "Blue Velvet," "Wild at Heart," and "Jurassic Park." She went on to gain further acclaim for her work in such films as "Wild" and "Marriage Story," winning an Oscar for Best Supporting Actress for the latter. On television, Dern has given award-winning performances on "Enlightened" and "Big Little Lies," as well as in the television film "Recount."

Laura Dern was born on February 10, 1967 in Los Angeles, California to actor parents Bruce Dern and Diane Ladd. Following her parents' divorce when she was two years old, Dern was raised by her mother and maternal grandmother. At the age of six in 1973, she made her first film appearance as an extra in the action film "White Lightning," which starred her mother. She appeared alongside her mother again the next year in Martin Scorsese's "Alice Doesn't Live Here Anymore."

As a teenager, Dern appeared in the 1980 coming-of-age drama "Foxes," starring Jodie Foster and Scott Baio. She followed this with a leading role in "Ladies and Gentleman, The Fabulous Stains," and supporting roles in "Grizzly II: The Predator" and "Teachers." Dern began gaining more widespread recognition in 1985. That year, she starred in "Smooth Talk," and had a supporting role in the biographical drama "Mask."

Dern's star continued to rise in 1986, when she starred opposite Kyle MacLachlan in David Lynch's mystery thriller "Blue Velvet." Subsequently, she was in "Haunted Summer" and the war film "Fat Man and Little Boy."

In 1990, Dern reunited with director David Lynch for the romantic crime film "Wild at Heart," costarring Nicolas Cage, Willem Dafoe, and Diane Ladd. The next year, Dern earned her first Academy Award nomination for her leading performance in "Rambling Rose," which also earned her mother a nomination in the Supporting Actress category. Dern went on to achieve international fame in 1993, when she starred in Steven Spielberg's blockbuster science-fiction film "Jurassic Park." The same year, she had a major role in Clint Eastwood's crime drama "A Perfect World." 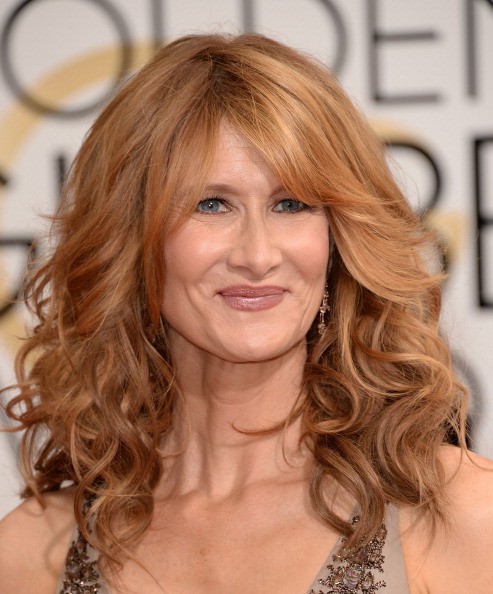 In the latter half of the 90s, Dern starred in Alexander Payne's directorial debut "Citizen Ruth," as well as in the biographical drama "October Sky." Her credits in the early 2000s include "Dr. T & the Women," "Daddy and Them," "Jurassic Park III," "Focus," "I Am Sam," "Novocaine," "We Don't Live Here Anymore," "Happy Endings," and "The Prize Winner of Defiance, Ohio." In 2006, Dern starred in her third David Lynch film, "Inland Empire," which she also co-produced. She went on to appear in "Year of the Dog," "Tenderness," "Everything Must Go," "Little Fockers," and "The Master."

Dern had a big year in 2014, appearing in four films: "The Fault in Our Stars," "When the Game Stands Tall," "99 Homes," and "Wild." For the lattermost title, she received an Academy Award nomination for Best Supporting Actress. Dern was subsequently in "Bravetown," "Certain Women," "The Founder," "Wilson," "Downsizing," "Star Wars: The Last Jedi," "The Tale," "Trial by Fire," and "JT LeRoy." In 2019, she was in "Cold Pursuit," "Little Women," and "Marriage Story." For her performance as divorce lawyer Nora Fanshaw in the latter film, Dern won the Academy Award for Best Supporting Actress.

Dern began the 2000s with roles in the television films "Within These Walls" and "Damaged Care." She was then in episodes of "The West Wing" and "King of the Hill." In 2008, Dern portrayed Florida Secretary of State Katherine Harris in the television film "Recount," about Florida's vote recount during the 2000 US presidential election. For her performance, she won the Golden Globe for Best Supporting Actress – Series, Miniseries or Television Film.

Dern continued her critical success in 2011 with the HBO series "Enlightened," which she co-created. Playing health and beauty executive Amy Jellicoe, she won her third Golden Globe Award. Later, in 2017, Dern won her first Emmy Award for her performance as Renata Klein in the HBO miniseries "Big Little Lies." Among her other television credits are the adult animated series "F is for Family" and the third season of David Lynch's "Twin Peaks."

In December of 2005, Dern married musician Ben Harper, whom she had been dating since they met at one of his concerts in the fall of 2000. Together, they had two children: son Ellery and daughter Jaya. Dern also became the stepmother to Harper's children Charles and Harris. Ultimately, the couple divorced in 2013.

Dern is a supporter of numerous charities, and has done advocacy work in areas including Down syndrome awareness, immigrant rights, and women's rights. She has also been vocal about combating climate change and gun violence. 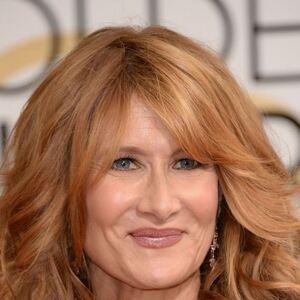