Laura Clery net worth: Laura Clery is an American actress, writer, and internet personality who has a net worth of $3 million. She is known for her social media following. Between Facebook, Instagram, Tik Tok and YouTube, she has well over 25 million combined followers.

Laura Clery was born in Downers Grove, Illinois in July 1986. As an actress she starred as Allison Stark on the television series 'Til Death from 2008 to 2010. Clery starred on the TV series Disaster Date from 2009 to 2010. From 2013 to 2014 she starred as Laura on the series Hungry. Laura Clery has also appeared in other films, episodes of TV series, and shorts including Stranded, The Hitchhiking Game, How Deep Is the Ocean, OB/GY Anne, The Trivial Pursuits of Arthur Banks, The League, 2 Jacks, 2 Broke Girls, The Longest Week, The Big Leaf, and more. She wrote and executive produced the TV series Hungry. She married Stephen Hilton in 2012. 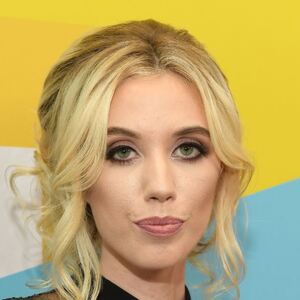